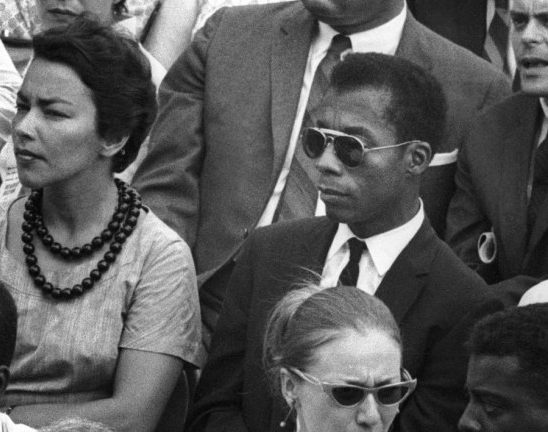 David Ehrlich, Eric Kohn, Kate Erbland, and Zack Sharf (Indie Wire) put together a list of “The 25 Best Documentaries of the 21st Century, from ‘Amy’ to ‘The Act of Killing,’” placing I Am Not Your Negro in fifth place. The say, “from ‘Leviathan’ to ‘No Home Movie’ and ‘This Is Not a Film,’ there’s never been a deeper or more diverse time for documentary cinema.” Here is their description of Raoul Peck’s I Am Not Your Negro:

“I Am Not Your Negro” operates on many levels at once: It’s not only a fresh vessel for James Baldwin’s own analysis of black life in America, but a platform for his assessment of other great thinkers who informed his views. Raoul Peck, an undervalued Haitian filmmaker who has shifted between narrative and documentary projects for nearly 30 years, uses a remarkable foundation for this sweeping exploratory piece: a 30-page manuscript Baldwin wrote in 1979, as part of an uncompleted book project that delved into the lives of Medger Evers, Malcolm X, and Martin Luther King, Jr. All three activists died before they turned 40; Baldwin worked alongside, then outlived, all of them.

One thought on ““I Am Not Your Negro”: One of the Best Documentaries of the 21st Century”