A report by Emily Heber for Island Conservation.

Plans to construct a land bridge from the main island of St. Lucia to the Maria Islands Nature Preserve raises concern over conservation of Critically Endangered species.

Off the coast of St. Lucia Island in the Caribbean lie two smaller islands called the Maria Islands. These two islands are part of a nature reserve that was created in 1982 to protect the threatened and endangered species of St. Lucia. Conservationists and the local community are concerned over plans for future development that could threaten the integrity of the small island ecosystem. The plans would create a land bridge between the main island of St. Lucia to the Maria Islands Nature Preserve in order to increase tourist access, but the bridge could have unintended consequences and present risks to native species.

The Maria Islands serve as an island sanctuary for many threatened species that were once common throughout Saint Lucia. The St. Lucia Racer is one of the world’s rarest snakes with an estimated population size of 20 individuals. The Racer is only found on Maria Major Island. The reserve is also home to 90% of the remaining population of Saint Lucia Whiptail Lizards. Both species are ranked as Critically Endangered according the IUCN Red List and have been wiped out on the mainland island. 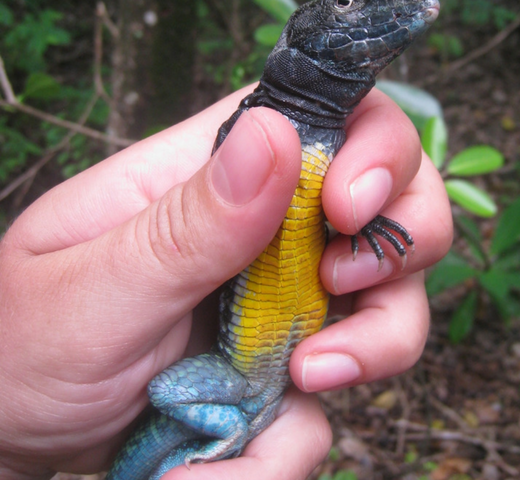 Conservationists are concerned over proposed plans for the development of a causeway to connect the Maria Islands to mainland St. Lucia. Introduction of invasive rats, mongooses, or other non-native species via the causeway could be the end for the native unique wildlife of St. Lucia Island, which have always been protected by the ocean barrier between the smaller islands and the main island.

We will do all in our power to ensure that these priceless and fragile assets are protected for the benefit of every Saint Lucian and for future generations. We call on all Saint Lucians who genuinely care about our heritage to support us in our conservation work and to ensure that Maria Islands and the Pointe Sable Environmental Protection Area are not destroyed.

Although the Maria Islands are small, they provide sanctuary to the native species that have been displaced on the larger islands. Protecting these species has been the goal of many local groups for decades. Concerned citizens and conservationists are continuing their efforts to protect the native St Lucia Racer and Whiptail Lizard by preventing the construction of the land bridge that many people feel is unnecessary.