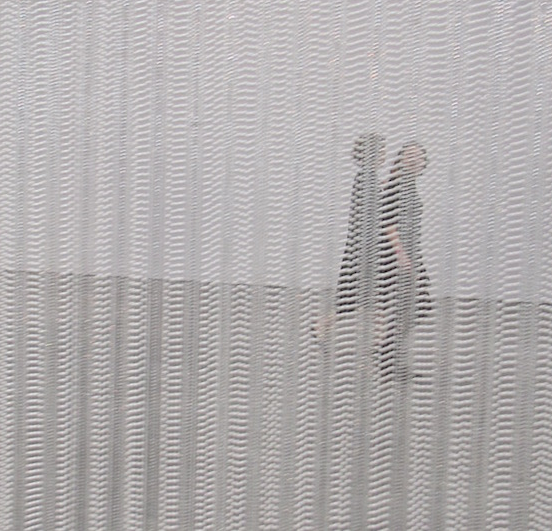 A long-time fan of the late Félix González-Torres’s work, I cannot believe that I missed the opening (April 27) of the ongoing exhibition, “Felix Gonzalez-Torres,” running through June 24, 2017, at David Zwirner Gallery in New York (525 West 19th Street). Cuban Art News reports that longtime gallerist Andrea Rosen, a close friend of the artist and executor of his estate, recently took visitors through the exhibition. In the article below, Rosen says that as the show prepared to open, one of her strongest realizations was how González-Torres’s art “continuously works. Whatever those rules were that Felix set out, whatever those boundaries were, the work maintains its ability to continue to evolve and sustain its core.”

The show draws from many bodies of work spanning his career—photography, billboards, videos, light strands, and curtains, among others. Installed in spaces ranging from large and open to small and intimate, the works interact with and animate their settings.

Like all of the artist’s stack pieces and candy spills, visitors are invited to take one. When depleted, the works are replenished. [. . .]

“He once said, the important idea is, how do you reinvent—how do you reactivate—a space?” explained Rosen. “How do you use space in ways that are subtly subversive, or subtly altering?” [. . .]