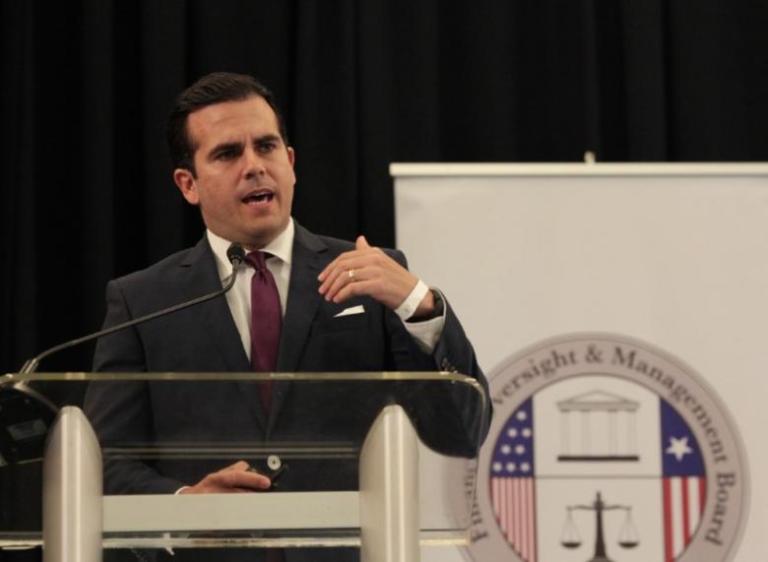 A report by Nick Brown for Reuters.

Puerto Rico’s financial oversight board on Wednesday filed for a form of bankruptcy protection under last year’s federal rescue law known as PROMESA, touching off the biggest bankruptcy in the history of the U.S. municipal debt market.

The move comes a day after several major creditors sued the U.S. territory and its Governor Ricardo Rossello over defaults on the island’s $70 billion in bonds.

The request came under Title III of the PROMESA law is an in-court debt restructuring process akin to U.S. bankruptcy protection, as Puerto Rico is barred from traditional bankruptcy because it is a U.S. territory. The case was filed in U.S. District Court in Puerto Rico.

The process will give Puerto Rico the legal ability to impose drastic discounts on creditor recoveries, but could also spook investors and prolong the island’s lack of access to debt markets.

“The governor needed to show that his primary allegiance lies with the citizens of Puerto Rico, and that was the justification for the filing,” said David Tawil, whose fund, Maglan Capital, held Puerto Rico GO debt but has since sold it. “I’m not sure whether bondholders are going to get any better treatment or recovery under this course of action.”

The legal proceeding does not mean negotiations toward a consensual restructuring agreement must stop, the governor said in a statement on Wednesday.

“It is my hope that the Government’s Title III proceedings will accelerate the negotiation process,” the governor said in the statement.

Rossello’s fiscal plan for the island, approved by the oversight board in March, forecasts Puerto Rico having only $800 million a year to pay debt, less than a quarter of what it owes. The low figure alienated creditors, and negotiations toward a restructuring deal have foundered.

In addition to its debt, Puerto Rico is facing a 45 percent poverty rate, a shrinking population and unemployment more than twice the U.S. average.

Puerto Rico and its general obligation bondholders, whose $18 billion of debt is backed by the island’s constitution, were negotiating until the last minute.

GO holders offered to accept cuts of 10 cents on the dollar, Elias Sanchez, Rossello’s liaison to the oversight board, told Reuters on Wednesday.

The government responded with an offer to repay 70 percent of claims through new bonds, and another 20 cents through a “growth” bond, payable only if Puerto Rico surpassed fiscal projections.

The sides could not reach a deal, and GO creditors sued the island on Tuesday.