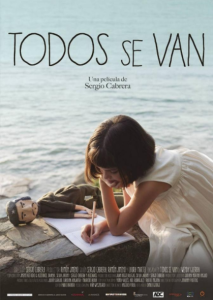 A report by Richard Duckett for the Worcester Telegram.

The Latino Film Festival returns April 8 and 9 with Cuba in the spotlight.

The festival’s two feature films and two documentaries are all set in Cuba and provide some interesting insights, said Juan A. Gomez, president and CEO of CENTRO, the organizer of the festival.

Meanwhile, after a hiatus last year, the Latino Film Festival is back for its 21st installment, and the screenings in Room 320 of the Jefferson Academic Center (Cinema 320) at Clark University, as well as two roundtable discussions, are free this year.

“We want to invite a lot of people — anyone, everyone, who is interested to come,” Gomez said.

For Cuba, “it’s been a tough 50 (plus) years for one small nation,” Gomez said. And recent events, such as the death of former president Fidel Castro last November and the continued presidency of his 85-year-old younger brother, Raúl Castro, prompted the idea of focusing on Cuba at the film festival.

The first film to be shown (12:30 p.m. April 8), “Todos se van” (“Everybody Leaves”) from 2015, was shot in Colombia because Colombian director Sergio Cabrera could not get permission to film in Cuba. Against the background of Cuba in the 1980s, the film shows a tug of war over a young girl between her mother and father. The artistic mother steps out of line in the eyes of the authorities, and the alcoholic father obtains custody. The film has been described as “a celebration of freedom and a confrontation of the authoritarian Cuban regime” of the ’80s.

“It manages to depict the reality and what did that mean for families,” Gomez said.

Baracoa was the first village founded by the Spaniards in Cuba in 1511. In the 2010 documentary “Baracoa, 500 años después” (“Baracoa, 500 years later”), director Mauricio Vicent weaves a mosaic depicting Baracoa preparing to commemorate its 500th anniversary, a girl celebrating her 15th birthday, a basketball trainer who prepares his team for a tournament in Havana, a radio announcer who encourages the people to strive, a mother who raises her children by herself, and an ex-boxing champ. “Baracoa” will be screened at 7 p.m. April 8.

Besides Baracoa, the film is “500 years of what happened to Cuba,” Gomez said.

In “Vestido de novia” (“His wedding dress”), Rosa Elena’s and Ernesto’s happy marriage will face a crisis as the truth about Rosa Elena’s sex reassignment surgery years ago is revealed. Marilyn Solaya’s drama was a huge success in Cuba and won the the Audience Award at the 2014 Havana Film Festival. “Vestido de novia” will be shown at 4 p.m. April 9.

The topics for the roundtable discussions are immigration at 2 p.m. April 8, and art and culture at 3 p.m. April 9.

A subtheme is “inbound and outbound,” Gomez said. “How will the art and culture (of Cuba) be impacted internally, and will there be an outpouring that is shared with the rest of the world?”

Pointing a camera at the future isn’t easy, but change of some sort is coming.

“It will be interesting see what happens five, 10 years from now,” Gomez said.

“Cuba is going to go through a cultural, social and economic transition. It’s uncertain exactly what that will be.”

The film festival’s sponsors include Clark University, the College of the Holy Cross, Urban College of Boston, Worcester State University, the Fletcher Foundation, National Grid, WORC-Mega 1310, WCUW-91.3 FM, Vocero Hispano and the Telegram & Gazette. CENTRO is a community service organization with an array of programs.

“We really want to share the culture with the community. We want folks to understand, to see, to have dialogues. And what better way than the arts?” Gomez said.

Beyond the film festival, CENTRO’s future will include organizing the 2017 Latin American Festival behind City Hall on Aug. 19. The festival is returning for its 27th year.

“We sure are. Another tremendous lineup,” Gomez said.