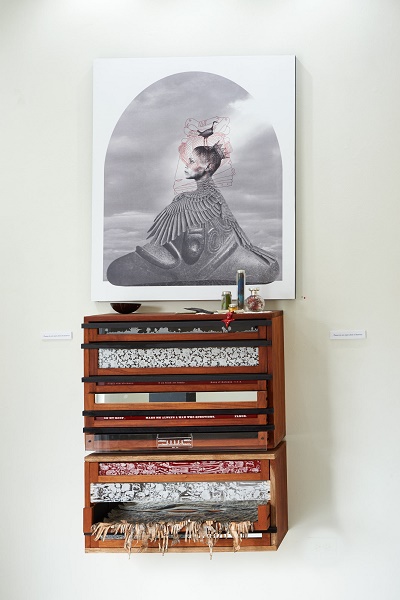 In “Jasmine Thomas-Girvan Snags Second Aaron Matalon Award,” Tanya Batson-Savage (Susumba) reports the good news that Jamaican artist Jasmine Thomas-Girvan has made art history by being the first artist to win the Jamaica Biennial’s Aaron Matalon Award twice. Thomas-Girvan won the award for her two installations at Devon House—“Parallel Realities, Dwelling in the Heartland of My People” and “The Real Princess.” The award was announced at the National Gallery of Jamaica in downtown Kingston, on February 26, 2017. The Jamaica Biennial 2017 continues through until May 28, 2017, including installations at Devon House, the National Gallery West, and the main exhibition at the National Gallery of Jamaica in downtown Kingston. Please read the full article by Tanya Batson-Savage at Susumba. [Also see previous post Jasmine Thomas Girvan wins 2012 Aaron Matalon Award.] 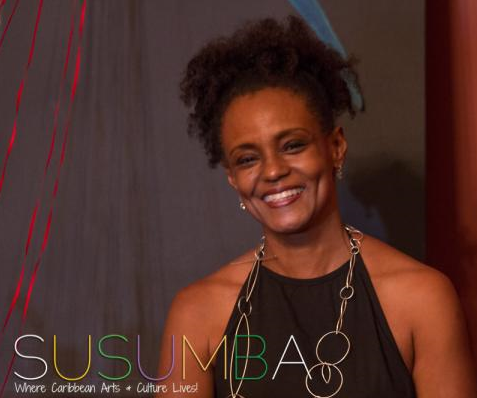 Jasmine Thomas-Girvan was born in Jamaica. She attended the Parsons School of Design in New York, where she received a BFA in Jewelry and Textile Design. Whilst at Parson’s Jasmine was awarded the Tiffany Honour Award for Excellence. Later she received a Prime Minister’s Certificate of Recognition for Excellence in Jamaica, and in 1996 she was the recipient of a Commonwealth Foundation Arts award. She was the recipient of the 2012 Aaron Matalon Award of the National Gallery of Jamaica as the artist who made the most outstanding contribution to the National Biennial Exhibition. [Note: And now in February 2017!] Jasmine has also made a number of public commissions, one of which was presented to the Queen of England. Jasmine’s work has been exhibited in the USA, Jamaica, Trinidad, Venezuela and Mexico, and featured in Accessories Magazine, Skywritings, Shabeau and Caribbean Beat. Jasmine lives and works in Trinidad, West Indies. You can contact her at jasminethomasgirvan@yahoo.com.

See her work at http://jasminethomasgirvan.com/

Image of “The Real Princess” from https://nationalgalleryofjamaica.wordpress.com/2017/02/15/jamaica-biennial-2017-bulletin-5-the-biennial-devon-house/