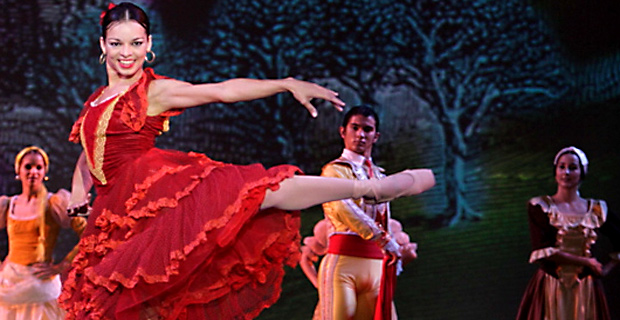 A report by B. Crittenden for The Post Crescent.

In the U.S., most communities are familiar with ballet; boys and girls gather weekly to take ballet lessons, while most major cities boast professional ballet companies of their own. It’s difficult to imagine a holiday season without tunes from Tchaikovsky’s ballet “The Nutcracker” permeating the airwaves as soundtracks for television commercials. Even though it’s a classical art form in nature, ballet has manifested itself differently in countries across the globe.

In Iran, for example, dancing is illegal, having been deemed sinful after the 1979 Iranian Revolution. Before the Revolution, the Iranian government poured funding into the arts. After the Iranian National Ballet Company was disbanded in ’79, its dancers fled the country to pursue their careers elsewhere. Now, the ballet dancers left in Iran combat these laws in secrecy. Congregating in gyms, hospital basements, office blocks and teachers’ homes, ballet has become a silent but steady underground movement. Finding a ballet class can involve as much as scanning the local newspapers, stalking online message boards, calling mysterious phone numbers, providing character references and, finally, gaining access to a secret class and joining the silent feminist resistance to an oppressive code of laws.

Since the election of President Hassan Rouhani in 2013, progress in favor of self-expression through dance has slowly begun, but at a price. An informal compromise arose after decades of conflict between fundamentalist Islam and the Iranian public’s reluctance to consider dance a sin: “pay up, and you can dance.” On the occasion that dancers are able to bribe their way into obtaining a performance permit, the all-female guests are a select few in order to avoid detection. While progress moseys, dancers remain encouraged and determined to practice their art.

Meanwhile, in an impoverished Caribbean island home to a mere 11.2 million, dancers from the nation’s ballet company are considered celebrities, recognized by cab-drivers and exalted for their artistic mastery. Havana, Cuba hosts one of the world’s largest classic ballet schools and the renowned National Ballet of Cuba. Its 96-year-old founder and artistic director, legendary prima ballerina Alicia Alonso, has created a culture firmly cemented in classical ballet technique and bound to traditional repertoire.

Partially due to this artistic conservatism and subsistence wages, some Cuban dancers face a crossroads in their paths as professional artists. Without special permission from Alonso and the Cuban government, a ballet dancer’s desire to expand their artistry and leap beyond the Cuban border goes hand-in-hand with the possibility of never returning. Those who choose to defect leave their families, culture and country behind to escape economic hardship and seek artistic freedom. The migration extends across the globe, where Cuban ballet technique and artistry are well known and scattered throughout the world’s most famous ballet companies. As borders open and diplomatic relationships are mended, both traditional and contemporary styles of dance are beginning to leak in and out of Cuba.

We are fortunate to have the artistic freedom to practice and perform ballet in the Fox Valley, which hosts an elite youth ballet company of our very own. A high-quality ballet school and company located outside of a major city is a rare gift that provides special opportunities for aspiring ballet dancers to practice their technique and perform their passion.

One thought on “Views on ballet differ around world”