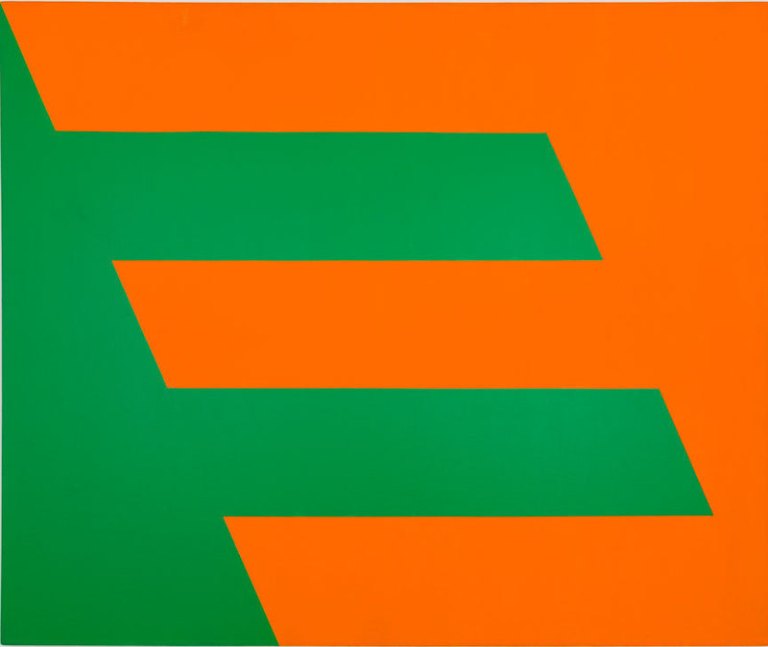 The painting above—“Green and Orange”—is one of my favorites by Cuban artist Carmen Herrera.  For those of you who are in the New York city area, there are two days left to see Herrera’s solo exhibition “Carmen Herrera: Lines of Sight” at the Whitney Museum of American Art. The show closes on January 9, 2017. I was thrilled to see this stunning exhibition this week with the other half of the Repeating Islands team. [¡Gracias, Lisa!] Here is the official description:

Carmen Herrera: Lines of Sight is the first museum exhibition of this groundbreaking artist in New York City in nearly two decades. Focusing on the years 1948 to 1978, the period during which Herrera developed her signature style, the show features more than fifty works, including paintings, three-dimensional works, and works on paper. It begins with the formative period following World War II, when Herrera lived in Paris and experimented with different modes of abstraction before establishing the visual language that she would explore with great nuance for the succeeding five decades. Many of these works have never been displayed before in a museum.

The second section of the show is an unprecedented gathering of works from what Herrera considers her most important series, Blanco y Verde (1959–1971). Nine paintings from this series illustrate the highly innovative way in which Herrera conceptualized her paintings as objects, using the physical structure of the canvas as a compositional tool and integrating the surrounding environment.

With work dating from approximately 1962 to 1978, the final section illuminates Herrera’s continued experimentation with figure/ground relationships and highlights the architectural underpinnings of many of her compositions. This section includes four wooden sculptures—Herrera’s “estructuras”—as well as her brilliant Days of the Week, a series of seven vivid paintings.