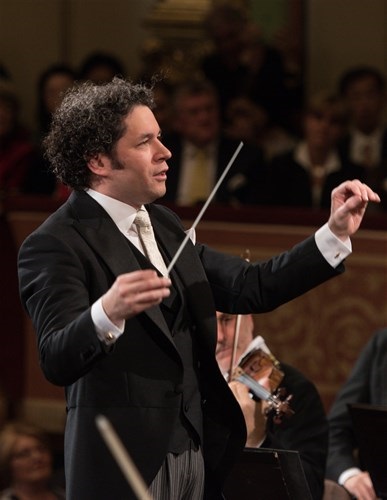 As an internationally renowned symphonic and operatic conductor, Gustavo Dudamel is motivated by a profound belief in music’s power to unite and inspire. Currently serving as Music & Artistic Director of the Los Angeles Philharmonic and Music Director of the Simón Bolívar Symphony Orchestra of Venezuela, the impact of his leadership extends from the greatest concert stages to classrooms, cinemas and innovative digital platforms around the world. Dudamel also appears as guest conductor with some of the world’s most famous musical institutions. In 2017, he becomes the youngest-ever conductor to lead the Vienna Philharmonic’s famous New Year’s Day Concert.