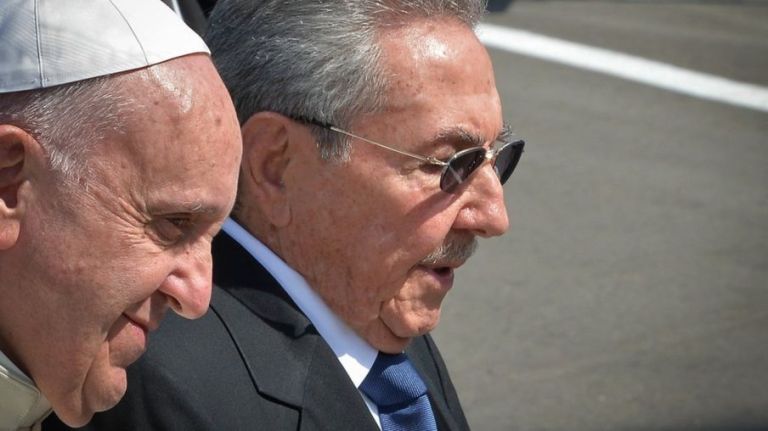 BBC reports that Cuba has pardoned 787 prisoners in response to a call by Pope Francis to consider granting inmates amnesty. Cuba made the announcement in the state-run newspaper, Granma.

Those pardoned include female, young and sick prisoners but not those who have committed “extremely dangerous” crimes such as murder or rape, a statement read. It comes just days before the end of the Jubilee Holy Year of Mercy, declared by Pope Francis last year.

The statement on the front page of Granma said that the Council of State, which is led by President Raul Castro, had issued the pardons “in response to the call by Pope Francis to heads of state in the Holy Year of Mercy”. It said that when it came to choosing which prisoners to free, the Council of State had taken the crimes they had committed, their conduct and years served so far.

[. . .] It is not clear if there are any political dissidents among those who will be released. Human rights groups accuse the government of holding dozens of “political prisoners”, but President Castro has denied holding any. Asked about it at a news conference during US President Obama’s visit in March, he angrily told the US reporter to provide a list of names.

Relations between Cuba’s Communist government and the Catholic Church have improved markedly over the past years. Pope Francis played a key role in the rapprochement between the US and Cuba, and the Pope received a warm welcome last year on the island.

Cuba released more than 3,500 prisoners ahead of the Pope’s visit in what the authorities called “a goodwill gesture”.