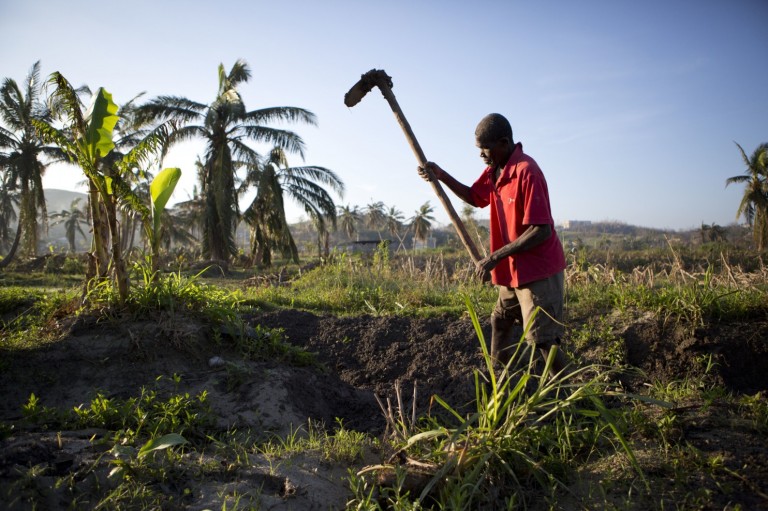 These Haitian towns, blasted and shattered by Hurricane Matthew, are unfamiliar to most Americans. Yet now that the storm has left them desperate for relief, it is to Americans they are turning for the most basic forms of lifesaving help: food, water, shelter, medical supplies.

Americans have stepped up generously in the past to help Haiti, the hemisphere’s poorest country, notably after a cataclysmic earthquake in 2010 left at least 100,000 dead and hundreds of thousands more without homes. Matthew, which may have killed well over 1,000 people, is the most crippling natural disaster sustained by Haiti, or any other place in the Western Hemisphere, since then.

It is hard to overstate the devastation wreaked by the hurricane, whose 145 mph winds tore across Haiti’s southwestern Tiburon peninsula. And it’s difficult to exaggerate the vulnerability of the affected area, a key agricultural region whose flimsy infrastructure — rickety bridges, villages accessible by a single narrow road, ramshackle homes — was ill-equipped to withstand a storm of Matthew’s might.

Towns, villages and hamlets are pulverized and mud-caked, with tens of thousands of people in need of shelter, their homes badly or irreparably damaged. Fixing a casualty count has been a macabre, drawn-out process as some victims, swallowed in the mud, are unearthed only slowly.

That has contributed to what aid workers and journalists visiting the area describe as a growing sense of desperation, and given rise to reports that looters have targeted international humanitarian stockpiles and built roadblocks in order to ransack aid convoys.

Hundreds of U.S. Marines and sailors are heading toward the affected region; they can help distribute water, food and essential relief equipment as well as help maintain order. That’s a critical function in a remote area where the Haitian government, never a model of efficiency, is barely visible.

Americans should demonstrate generosity to ease Haiti’s plight, as they did after the earthquake. In addition to the Red Cross, many aid organizations are gearing up: the Salvation Army, World Vision, UNICEF, Mercy Corps, CARE, Save the Children, Catholic Relief Services and others.

The scale of the project is vast. Some 1.4 million people, more than a tenth of Haiti’s population, need assistance. Cellphone towers are down and communications are a challenge. Farms producing coffee, beans, fruit and rice, among other staples, are badly damaged, raising the specter of food shortages. Roads, bridges, canals and water and sewer systems must be reconstructed quickly.

Not least, the hurricane forced a postponement of an already long-delayed presidential election, leaving the Herculean task of relief and rebuilding in the hands of a caretaker government. To regain its footing, Haiti will need help, and quickly.