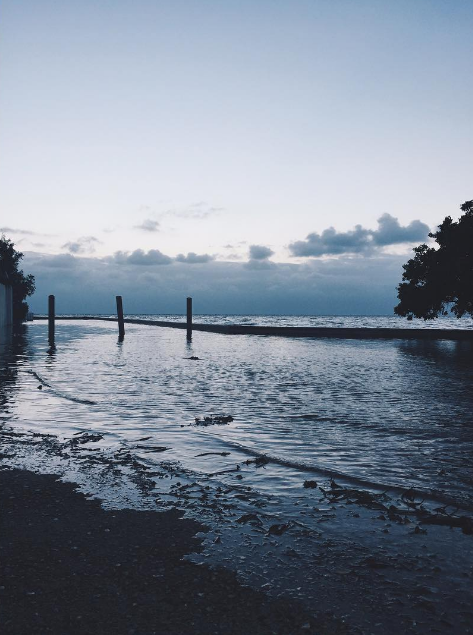 She writes, “The seasonal high tides spill canals into Fort Lauderdale backyards, push Biscayne Bay into Cutler Bay and remind the world that Miami Beach was once a much skinnier sandbar. The National Weather Service’s Miami office issued a flood warning for much of the U.S. east coast starting Saturday morning. But predicting tides can be tricky, with timing tied to location and whether you’re inland or on the beach. So we picked six South Florida areas where historically flooding has been high.”

In In some places, like East Hollywood, residents like Robin Rorapaugh have to stack sandbags to keep their houses dry, “hoping to fend off water bubbling up from storm drains.” Rorapaugh, who has lived in her 1923 house since 2000, said she’s becoming “an expert on all kinds of plants that do well with saltwater,” as flooding has gotten progressively worse over the years.

For detailed information on tides in each region, see http://www.miamiherald.com/news/local/environment/article108273657.html