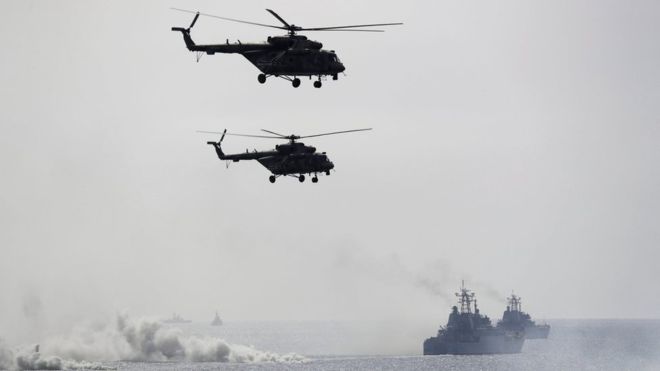 Nikolai Pankov announced a review of the decision to close the two bases more than a decade ago. The two served as pivots of Soviet military power during the Cold War.

It comes amid growing tensions between the US and Russia, and as Russia’s parliament approved a longer term military presence at a Syrian airbase. Mr Pankov told the Russian parliament on Friday they were “dealing with the issue” of the two bases, Russian news agencies reported. He declined to go into detail.

It comes two years after Defence Minister Sergei Shoigu first revealed they were looking into bases in both Vietnam and Cuba, as well as countries including Singapore and Nicaragua, according to The Diplomat.

Russia lowered its flag at the Lourdes signals intelligence base in Cuba and the deepwater Cam Rahn naval base in Vietnam in the early 2000s as part of a drawing down of Russia’s military presence around the world after the demise of the Soviet Union.

3 thoughts on “Russia ‘considering military bases in Cuba and Vietnam’”

Leave a Reply to The Grey Enigma Cancel reply