What could connect the cities of New York, London, Tokyo and Havana? The Cubans who live in them, of course; but, what else? Starting November, when the search engines on the Internet work the magic of finding similarities in a split second, the possible coincidence will be one and very novel: the Advertising Week. Last Thursday the U.S. firm Stillwell Partners, the principal organizer of the event, launched the first contest of this type based in Cuba, to be held next November 28-December 1.

With Cuba x Creativity, the island’s capital is inserting itself in a circuit until now set aside for these three major hubs of the developed world, considered the largest advertisement markets.

“This is a unique moment in history,” said Matt Scheckner, CEO of Stillwell Partners. “When the door to go to Cuba opened a crack—the embargo is still in place; we’re in a very interesting transition period and as an American, there has been 53 years that we have not been able to go to Cuba—we went down there right away to see if an event was possible.” 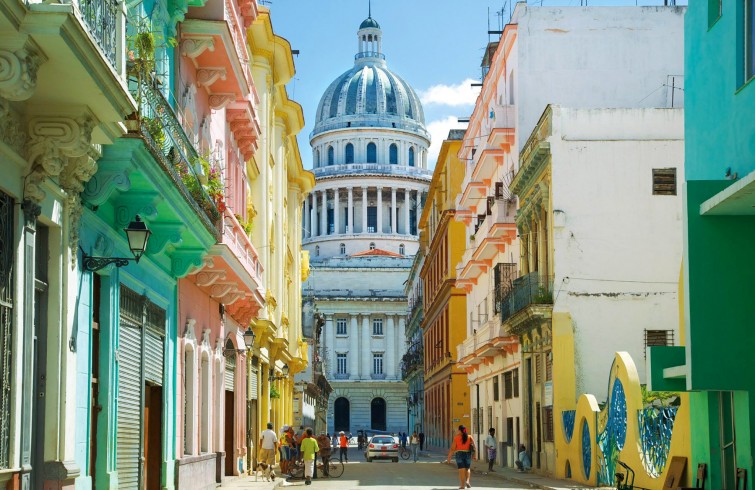 Havana Creativity: Despite this being a country where for half a century advertisement has been considered unnecessary and in its place political propaganda was extoled, Scheckner affirms that “Havana is the last great creative frontier…. It is the jewel of the Americas and we believe there is no better place for a world fair of creativity than Cuba.”

“Attendees of Cuba x Creativity will get an immersive experience, including Cuban arts, culture, cuisine, music,” commented Scheckner, and added: “We think Havana is a phenomenal destination. I’m thrilled that the fourth host city for Advertising Week is one that is a real wild card. It’s the antithesis of a big advertising and media market, but it’s actually a destination that’s a great home for creativity.”

[. . .] The other “kick off” of the Advertisement Week in the Cuban capital is JetBlue, an airline that recently premiered the regular flights between the two countries in more than 50 years and which will guarantee the participation of some 400 guests, leaving from Fort Lauderdale. “We are proud to partner with Advertising Week and Fast Company in this inaugural celebration of creativity in Havana,” said Marty St. George, executive VP of commercial and planning for the airline.

For the Cuban side, singer David Delgado will preside over the Organizing Committee of an event that includes a wide representation of the cultural and tourism communities, as well as key ministries. Delgado had taken a delegation from Cuba to the last edition of Advertising Week in New York in 2015. “Cuba will be ready…. The Cuban people’s passion and energy will inspire everything we do here,” said the Cuban salsa musician. [. . .]