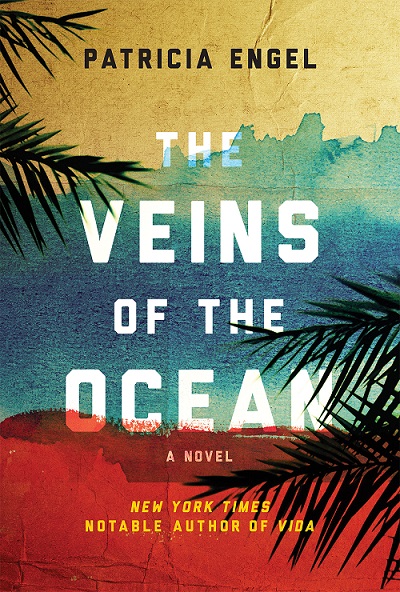 New York Times Notable author Patricia Engel returns to the exuberant and gritty American immigrant experience introduced in her award-winning breakout debut, Vida. Her second novel, The Veins of the Ocean, was published in May 2016.

In the New York Times Book Review, Lucy Scholes writes: “Engel writes with a raw realism that elevates her characters’ mundane existence—their failures and failings, hopes and dreams, pleasures and pains—to something majestic. At the heart of her storytelling is a deep sense of compassion. This is a writer who understands that exile can be as much an emotional state as a geographical one, that the agony of leaving tugs against the agony of being left behind . . . to immerse oneself in Engel’s prose is to surrender to a seductive embrace, a hypnotic beauty that mingles submersion with submission.”

Description: Reina Castillo is the alluring young woman whose beloved brother is serving a death sentence for a crime that shocked the community, throwing a baby off a bridge—a crime for which Reina secretly blames herself. With her brother’s death, though devastated and in mourning, Reina is finally released from her prison vigil. Seeking anonymity, she moves to a sleepy town in the Florida Keys where she meets Nesto Cadena, a recently exiled Cuban awaiting with hope the arrival of the children he left behind in Havana. Through Nesto’s love of the sea and capacity for faith, Reina comes to understand her own connections to the life-giving and destructive forces of the ocean that surrounds her as well as its role in her family’s troubled history, and, in their companionship, begins to find freedom from the burden of guilt she carries for her brother’s crime.

Set in the vibrant coastal and Caribbean communities of Miami, the Florida Keys, Havana, Cuba, and Cartagena, Colombia, with The Veins of the Ocean Patricia Engel delivers a profound and riveting Pan-American story of fractured lives finding solace and redemption in the beauty and power of the natural world, and in one another.

Patricia Engel is the author of the recently published The Veins of the Ocean; Vida, which was a New York Times Notable Book of the Year and a finalist for the PEN/Hemingway Fiction Award and Young Lions Fiction Award; and the acclaimed novel It’s Not Love, It’s Just Paris, winner of the International Latino Book Award. Her work has appeared in the Atlantic, Boston Review, A Public Space, Harvard Review, and Guernica, among other publications and anthologies, and received numerous awards including a 2014 fellowship in literature from the National Endowment for the Arts.