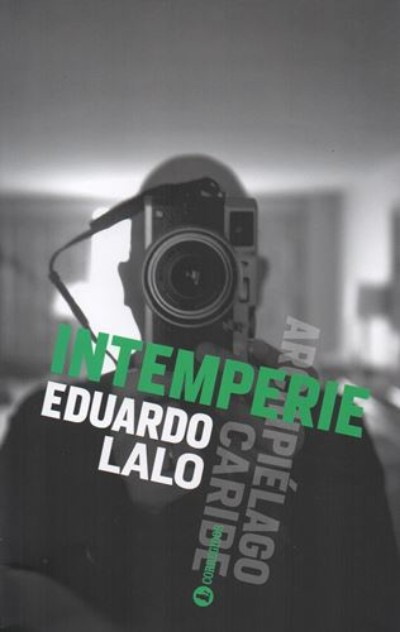 Tertulia Bookstore (in Old San Juan, Puerto Rico) recently featured Eduardo Lalo’s new book Intemperie (Corregidor, 2016).  This new work has been described as a book of essays on brevity, “which seeks to explain how you can think of the street, how one can elaborate a thought out in the open air.”

Description: Both a poetics of textual brevity and a poetics of thought, Eduardo Lalo’s Intemperie explores a Caribbean in which the idols and the trappings of the Western canon have broken down. Given this situation, what is left are discursive practice and an ethics of writing, which, with their irreplaceable labor, they turn out to be as much a way of being in the world as a wager for survival. Literature and philosophical thought developed in the open, on the sidewalks of the city and in the deep nights of temporary rooms.

Eduardo Lalo—Puerto Rican writer and winner of the 2013 International Romulo Gallegos Prize for Novel for his book Simone—is also a photographer and artist, an author of books that bring together his passion for word and image: La isla silente, Los pies de San Juan, La inutilidad, donde, Los países invisibles, El deseo del lápiz: castigo, urbanismo, escritura, and Necrópolis, among others. He also directed the medium-length films donde and La ciudad perdida. His visual work has been shown in several national and international exhibitions.