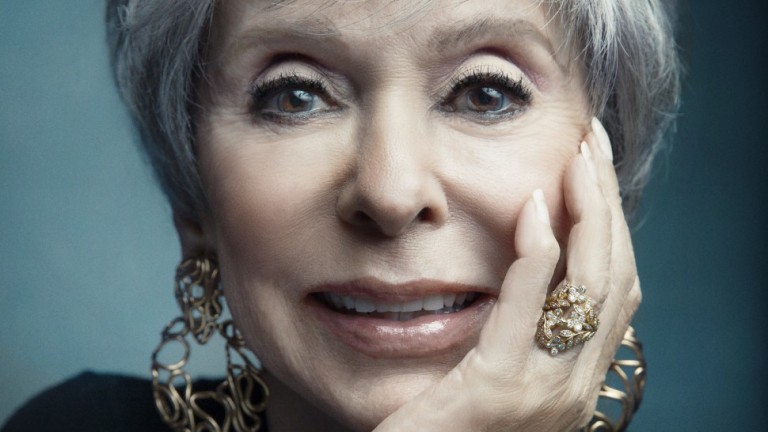 The Music Center will award the actress its Excellence in the Performing Arts Award, Andrew Gans reports in Playbill.

The Music Center in Los Angeles will award its Excellence in the Performing Arts Award to entertainment icon Rita Moreno at The Music Center’s Summer Soirée July 7.

The award, which salutes individuals who are pioneers in the creative and performing arts, honors Moreno for her “revolutionary efforts to help redefine the role of women in the arts,” according to press notes. The multi-talented actress, dancer and singer is one of only 12 performers to receive all four major American entertainment awards, winning the Emmy, Grammy, Oscar and Tony Awards. Her credits span more than six decades, beginning with her Broadway debut at age 13. She has starred on Broadway and on London’s West End; appeared in more than 40 feature films and countless television shows; and performed in numerous regional theatres and in her one-woman show, Life Without Makeup, at the Berkeley Rep.

Moreno will be honored by The Music Center in the inaugural year of its Soirée, which features a special benefit performance by American Ballet Theatre (ABT) of Alexei Ratmansky’s 2012 Firebird, starring ABT principal dancers and Southern California natives, Misty Copeland and Stella Abrera.

Rachel Moore, president and CEO of The Music Center, said in a statement, “Rita Moreno raises the bar for both audiences and other performers to a level that is nearly impossible to match. At the same time, she has moved the field forward in ways that others are not willing to do, without letting any boundaries, perceived or real, stop her progress…Her undying effort to achieve both excellence and distinction are what make her a great artist and a true pioneer, and we look forward to presenting her with our Excellence in the Performing Arts Award.”

This past December, Moreno received a Kennedy Center Honor for her lifetime contributions to American Culture. She was awarded the National Medal of Arts by President Obama in 2010 and the Presidential Medal of Freedom in 2004.

More information about packages and Soirée tickets is available at (213) 972-4322 and online atMusiccenter.org/firebird.