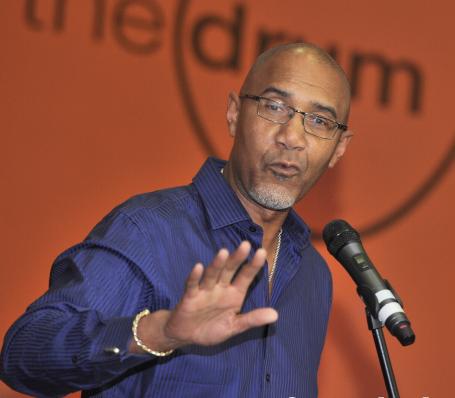 Poppy Brady (The Voice) writes about the closing of The Drum, Birmingham’s black-led community center for the arts. Also known as the Newtown Cultural Project, the arts center has long served as a welcoming space for new arrivals to the community, many from Caribbean families that have settled in the UK. Here are excerpts:

THE DOORS of The Drum, Birmingham’s premier black-led arts centre, may have closed for now in a whisper-quiet way but the community is determined that the hub will beat loud and proud again for future generations. This was the message following a wake held at the Aston-based centre, organised by its departing CEO Charles Small, who stressed that black-led arts could not be allowed to perish.

In a farewell message he said: “I sincerely hope that those people close to me and others I have yet to come into contact with will not permit black-led arts to die because you have a duty of care to shape the future and at the same time contribute to the diversity agenda. “Please do not permit others to tell black-led stories and history because it will not be your story.” The Drum, known as Newtown Cultural Project (NCP) was voluntarily liquidated at the end of March, with the building finally closing on 30th June. Twenty five full and part staff have lost their jobs.

Dr Robert Berkeley, former director of the Runnymede Trust, the race quality think-tank, who was keynote speaker at The Drum’s wake, quoted Mandela, saying “the greatest glory is rising every time we fail. I see failure as a badge of honour.”

He said ethnic-run arts were the arts often ignored by Britain due to “a struggling sub-culture, neglect, lack of premises, lack of acceptance and lack of exposure”.

While Daniella Genus, director of the community interest company Aspire4U, spoke movingly of her personal experience of The Drum as a 19-year-old who came to Birmingham not knowing anyone. “I had my first job here as an events steward. Without The Drum I would not know half the people I know in Birmingham,” she said. “Now The Drum is closing, what happens to the next 19-year-old girl who arrives here and doesn’t know anyone? As a community we need to mobilise ourselves – there needs to be action.”

Bishop Dr Derek Webley, a former chair of The Drum, praised former CEO Dr Paul Udenze, saying he was “a fantastic advocate and someone who lived for the place”. Dr Webley said everyone was determined for The Drum to “evolve into another creation”. He said: “We are certainly not burying you here tonight.” [. . .]