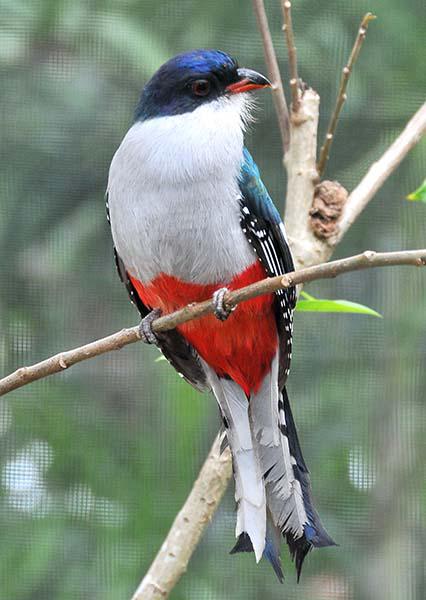 “Considering Cuba’s importance to biodiversity conservation in the Caribbean, efforts to protect the country’s flora and fauna are a priority for the Cuban government,” writes Granma’s Lisanka González Suárez. Here are excerpts:

[. . .] This year World Environment Day coincided with the 7th Summit of the Association of Caribbean States (ACS) held in Havana, meanwhile UN Secretary-General Ban Ki-Moon made a global call to protect wild plants and animals from illicit trafficking, noting that elephants are being killed for their ivory, rhinoceros for their horns, and pangolins for their armor.

He warned that illicit trafficking has contributed to a rise in endangered plant and wildlife species, including sea turtles, tigers, and certain trees. In a year dedicated to wildlife, the UN senior official urged the organization’s 193 member states to adhere to and implement international instruments designed to protect the environment, according to Prensa Latina.

Furthermore, during the conference entitled “The Caribbean tackling the challenges of climate change,” which took place in the context of the 7th ACS Summit, regional experts stated that global temperatures have risen between 0.8ºC-1.0ºC, which when also taking into consideration the regional economic situation, noted that changing weather patterns in the zone could pose a threat to regional development. Therefore, transport, sustainable tourism and disaster preparedness in the main ACS zones were key issues on the meeting’s agenda.

[. . .] According to writers of the colonial era, a person could walk the entire length of the island shaded by its abundance of trees. However, that was over five centuries ago. Since then millions of hectares of forest have been felled, burned, practically eliminated, causing the permanent loss of untold amounts of precious woods, and with them animals and plants. The damage was so severe that in 1800 only 58% of forests on the island remained, while 159 years later that number dropped to 14. Today, efforts are underway to recover wooded areas which had almost completely disappeared and increase the number of trees which cover Cuba’s various mountain ranges.

The consequence of such predation was the disappearance of habitats belonging to a range of plant and animal species, a significant number of which are currently endangered or extinct, such as the guacamayo or papagayo (Cuban macaw) considered to be one of the most beautiful birds on the island.

As such, the Cuban government and environmental protection institutions in particular are working to increase the country’s forest area to 29.4%. Since the triumph of the Revolution to date, wooded areas have more than doubled. [. . .] In Cuba, there exist 211 protected areas dedicated to the conservation of the island’s natural, historic, and cultural riches, representing 20% of national territory – almost one million hectares – across the island’s 4,295 cays and islets scattered between the Atlantic Ocean and Caribbean Sea.

According to a source from the Ministry of Science, Technology and Environment, around 25% of these protected areas cover surrounding waters and 17% land, while a large number are managed by the ministry itself, and include various types of protection such as Plant Reserves, Animal Sanctuaries, Ecological Reserves, and Managed Resource Protected Areas. Among these feature National Parks, such as Turquino, La Bayamesa, Alejandro de Humboldt, and Desembarco del Granma. Despite the fact that the latter two have been declared UNESCO World Heritage Sites, all possess noteworthy natural qualities and have been sites of important historical events in the country. Meanwhile, several of the island’s protected areas have also been designated Ramsar Sites – a wetland designated as of international importance – by global experts, such as the Máximo-Camagüey River wetlands, home to the largest population of pink flamingos in the Caribbean, as well as the Cauto River in the province of Granma, an important habitat for crocodiles.

Despite the fact that a large number of animals throughout the country have become extinct, the result of indiscriminate hunting or the destruction of their natural environment, Cuba – with its diverse ecosystems and natural landscapes – continues to have the largest variety of plant and animal species in the Caribbean.

In regards to animal life, according to experts, the fact that Cuba is an island means that species are concentrated within a single location, with some inhabiting only specific areas. According to experts on the subject, there are over 12,000 species of animals in Cuba: 450 types of vertebrates, over 7,500 of insects and arachnids, while the island is also home to more than 4,000 different species of mollusk. In regards to marine life, it’s worth noting that Cuba has some of the most diverse coastlines in the Caribbean, with around 600 different species of fish, 60 of coral and over 180 sponges.

Dr. Vicente Berovides, professor at the University of Havana’s Biology Faculty, notes that records of species extinction only officially began in the 19th century, with the onset of natural sciences studies in the country. He states that Ramón de La Sagra’s 1845 work, Historia Física Política y Natural de la Isla de Cuba, includes the indigenous names of animal species, many of which the author never encountered during his time, and were presumably extinct during the colonial period, without a single document on the issue remaining. Berovides notes that at that time, in the 19th century, the Cuban guacamayo was thought to be officially extinct; however the bird was still common in Ciénaga de Zapata in 1850.

Another three species of animal and one of bird were officially recorded as extinct by the 20th century. These included the San Felipe and Garrido Bush Rat, and Mediterranean monk seal, which despite not being native to Cuba did live in and around its waters.

According to experts the monk seal probably disappeared around the late 20th century, as there still remained some in the Bahamas in 1974, but by 1990 an expedition aiming to locate their whereabouts found no trace of the animal. Meanwhile, the ivory-billed woodpecker, which once lived in the mountains of Sagua Baracoa, was declared extinct in the 1980s.

The island also has an estimated 6,200 interesting species of flora (approximately 51% of them exclusive to Cuba): including around 300 different species of wild orchid, to cite just one example. [. . .]