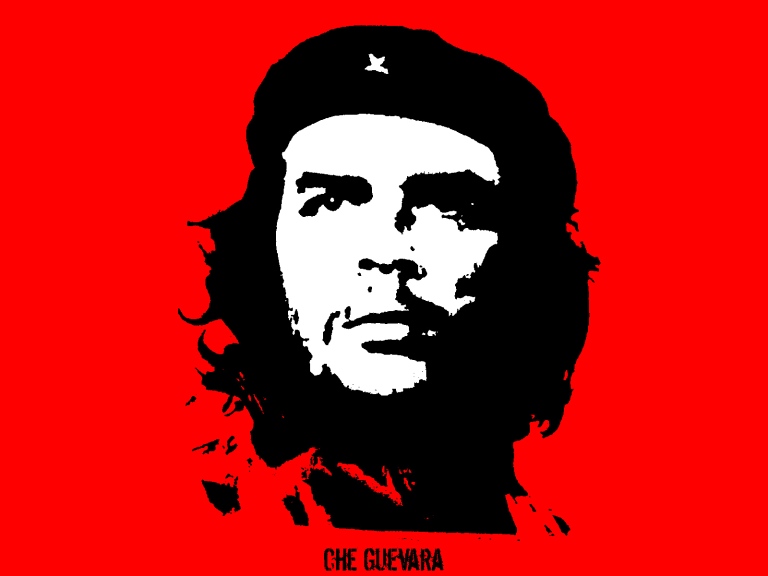 We need Che in Venezuela, a Che in Jamaica, Che in France and Che 2.0 in Argentina Amílcar Sanatan writes in this opinion piece for TeleSur.

Maybe all martyrs are not equal. Burkina Faso’s Thomas Sankara is popularly described as the African Che in some quarters. Young and handsome male revolutionaries who flash beards with a knack for poetry in speech and possess passion filled eyes are measured to Che and can achieve no more acclaim than being a localized version of the ageless icon.

But it is with well-grounded reason that Che has become the dominant figure that he is globally today.

Che Guevara t-shirts are the prime commodity of political tourism, his famous portrait is the face on posters of students frustrated with capitalism and his life quotes on love and revolution have become the curriculum for resistance against imperialism, colonialism and exploitation. Guerrillero Heroico (1960) by Alberto Korda gives evidence on the significance of imaging and art to the revolution – revolutions must be theorised, made into action but above all, felt.

I was an A ‘Level student in secondary school searching for answers to questions that my new consciousness allowed me to ask: Why so much poverty? Why does inequality exist? Is the Caribbean the backyard of the United States and Europe? Before I submitted my final research project on the Grenada Revolution for my History Studies, I was first interested in writing on the leadership of the Cuban Revolution. I fell in love with the song Hasta Siempre, Comandante and film Diarios de motocicleta (2004). Che, the young Argentine, on a motorcycle, in search of adventure and confronted with the expanse of land in South America, poverty, and disempowerment of the indigenous peoples was forced to make hard life-changing political choices. From his experiences, he reflected on his duty, an irrevocable duty to change the world.

Last week, at a youth gathering to discuss the life of Che, when a facilitator posed the question, “Do you know who Che Guevara is?” an enthusiastic youth replied, “The Cuban fighter. The man from Cuba.” This answer is not uncommon for many in my generation who do not have a more nuanced idea of Che, his biography and his brand of socialism, his dealings with the Guatemalan revolution, the depth of conversations in Mexico with Fidel and eventually his brave campaign as a Cuban revolutionary before his final commitment to world revolution.

While I firmly hold the view that Fidel Castro is the most masterful revolutionary politician, strategist and charismatic leader of the Caribbean and Latin America, it is without doubt that Che Guevara has been its most significant inspirateur of worldwide revolutionary consciousness.

Che died at age 39. Philosopher Jean-Paul Sartre once described him as “the most complete human being” and this aptly summarises the life of a man who served as a medical doctor, poet, theoretician, economist, lecturer, news photographer, diplomat and military strategist.

While he shares the birthday of Antonio Maceo Grajales, the 19th century Latin American liberator, the 14th of June offers us the opportunity to celebrate Che’s humanity, which includes his failures. Che was known for his strong commitment to honesty in personal and public matters (even at times when it may not have served his political interests well). His experiences in Congo and Bolivia offer us reflections on the political imagination and visions for an alternative society.

First, in Congo and Bolivia, two missions that were doomed to fail tell us about the challenge of achieving global revolution. Che’s spirit for internationalism is compared to no other but it sometimes betrayed the indigenous path for revolution that brought about the success of the revolution in Cuba. His campaigns ignored ground conditions on the military competence of guerilla forces, the threat of the armed State and U.S. support and most of all, the efforts largely dismissed the local political organizing efforts of the countries.

Revolutions are neither manufactured nor are they fit for export; objective conditions on the ground lay the framework for political action. Amílcar Cabral (1966) noted, “This battle is the expression of the internal contradictions in the economic, social, cultural (and therefore historical) reality of each of our countries. We are convinced that any national or social revolution which is not based on knowledge of this fundamental reality runs grave risk of being condemned to failure.”
Second, a major feature of revolution in the Caribbean was top-down structure in movement building and eventual governance and organisation of the revolution. For practical reasons revolutionary forces require the consolidation of power but this process often delays and subordinates the promise to build working class and peasant political activity and allow their leadership to flourish. In its place, vanguardism treats “the people,” “the masses” and “the working class and peasants” as abstruse philosophical entities. The challenge for socialist and left-wing governments in the 21st century in centrally planned economies is to deepen collective consciousness while enabling individual initiative in order to meet social needs and sustain the economy. Moreover, the State must ensure individuals obtain psychic and material satisfaction from their work. The political expression of state control must always be in check with democratic principles and popular power. Who is the revolutionary in the revolutionary state? S/he who holds the state accountable.

Critics on the Left write off Che t-shirts as merely commodities made for profit, but t-shirts are also markers of memory. I tell the youth to print, airbrush and draw on your own t-shirts, wear his face as your revolutionary brand. Then read about his life, his vision, the books and experiences that inspired him and wear the face of Tupac Amaru and the face of Andean mountains and all that is beautiful and worth struggling for in Latin America and the Caribbean. I tell the youth to travel far…but not too far…let your travels bring you closer to yourself. In the spirit of Che, challenge the corruption and inequality of capitalism.

In socialist countries that have created a new class of rulers and bureaucrats who speak like Marx and steal like Madoff, challenge the leadership and expose the lies. We need Che in Venezuela, a Che in Jamaica, Che in France and Che 2.0 in Argentina. It is okay to think that Che was Cuban, Argentine, Barbadian or French. It is okay because he belongs to the world.