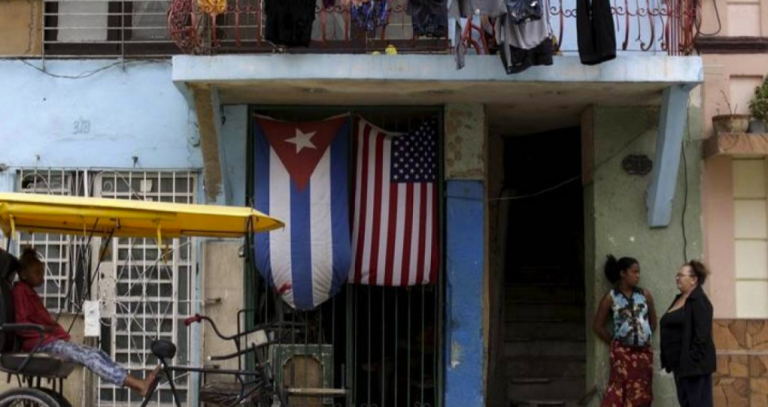 While abortion is legal in countries such as Guyana, Cuba, Barbados and the Caribbean Netherlands, it is illegal or highly restricted in other areas, Rebekah Kebede reports for The Thompson Reuters Foundation.

When the Guyana Responsible Parenthood Association began offering abortions in 2014, so many women arrived from neighboring Brazil that the medical group is considering opening a clinic nearer to the border.

“Many women who request information and are seeking the services are really in some desperate need of the abortion services. It’s really very sad … it’s a death-dealing situation,” Rev. Patricia Sheerattan-Bisnauth, head of the Parenthood Association, told the Thomson Reuters Foundation.

Travel to Guyana from Brazil for abortions is hardly unique in the Caribbean, home to a patchwork of regulatory jurisdictions.

While abortion is legal in some countries such as Guyana, Cuba, Barbados and the Caribbean Netherlands, it is illegal or highly restricted in other areas.

The island of Saint Martin is made up of two countries with different abortion laws.

Women in St. Maarten, the Dutch constituent country where abortion is illegal, often just walk to the other side for abortions in the neighboring Collectivity of Saint Martin, where it is legal, according to Gail Pheterson, a professor of psychology at the Université de Picardie Jules Verne, Amiens, France, who has studied abortion in the Caribbean.

Women from the British Virgin Islands, where abortion is not legal, travel to St. Thomas in the U.S. Virgin Islands to get abortions, according to local media reports.

Many women who have the money travel to the United States and places where abortions are legal, but because of the taboo nature of getting abortions, not a lot of information is available about those travel patterns.

Even where abortions are legal, a desire for privacy may also entice women to travel elsewhere.

In the region’s tiny island-states, where everyone seems to know everyone else, women might be reluctant to be seen walking into a clinic, Pheterson said.

“It has to do also with anonymity,” she said.

“Even women who have very little money will try to get that together so that they don’t end up going to the hospital and seeing their aunt’s best friend when they walk in the door,” she said.

Some islands are so tiny that they may not have the facilities even if abortion is legal.

For instance, abortion is legal in the Caribbean Netherlands, which includes the islands of Bonaire, Sint Eustatius, and Saba.

But the tiny island of Sint Eustatius, with a population of barely more than 3,000 people, has no abortion clinics.

The Dutch government used to arrange for women to go to Bonaire, some 500 miles (800 km) away. Now, under a deal with France, women from Sint Eustatius go to Saint Martin, about 70 miles away.

Traveling to another country for a legal abortion comes with a slew of obstacles that means many women must race against the clock. It can take weeks to get passports and visas.

In Brazil, it typically takes three weeks to get a passport, which can seriously hamper the efforts of women to go to Guyana for abortions, Sheerattan-Bisnauth said.

The cost of tickets and accommodations can be prohibitive and the language difference complicates travel matters as well, advocates said.

In some countries, women can simply walk across a border or take a ferry.

But the cost of a flight between two Caribbean islands – for instance, Jamaica and Cuba – can be more than the cost of flying to Miami or New York City.

“If you have $2,000, you can get a safe abortion anywhere,” said Rebecca Gomberts, a doctor and director of Women on Web, a Dutch non-profit group that connects women around the world with vendors of abortion medications.

Even in her home country of the Netherlands where abortion is legal, Gomberts said illegal immigrants cannot get access to abortion services without about 400 euros (about $460).

“Only a specific type of woman are targeted by restricting abortion,” she said.

“It’s the poor women who are suffering,” she said.

One thought on “In the Caribbean, crossing borders by land and sea for safe abortions”