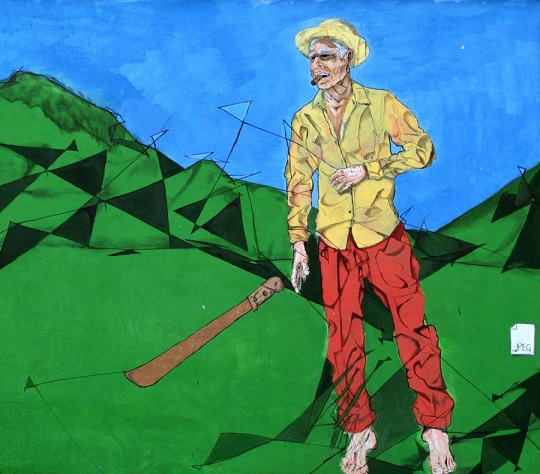 On May 19, 2016, at the bookstore of the Institute of Puerto Rican Culture (ICP) in Old San Juan, Puerto Rican journalist Marvin Fonseca will present the book Puerto Rico: Museo al aire libre [Puerto Rico: open air museum], which documents the history of mural painting, street art and graffiti on the island. The book launch will include an exhibition of 80 photographs that Fonseca took during the two years of preparation for the volume. The photos will be on view at the ICP during the months of May and June.

With more than 300 pages and 900 photographs, the book presents a compilation of the most striking murals that can be found in the streets of Puerto Rico. Fonseca says, “My goal is not only to publicize the open air artwork that exists in Puerto Rico, but also to map a route of muralism, identifying locations and artists.”

To document the book, published by the Institute of Puerto Rican Culture Press, for two years Fonseca visited the 78 municipalities of Puerto Rico looking murals on walls and facades and photographing them.

“I decided it was important to document the murals to record their existence because they are usually in some way, ephemeral works,” said Fonseca, who underlined the work produced by festivals such as “Santurce es Ley” and “Los muros hablan”—two local events that have helped boost public art on the island.

The book also features interviews with most of the Puerto Rican artists who have are known at an  international level in this discipline and whose works have been published in venues such as Street ArtNews, The Scholastic Art, and Juxtapaz, or the book Art Cities of the Future. [. . .]