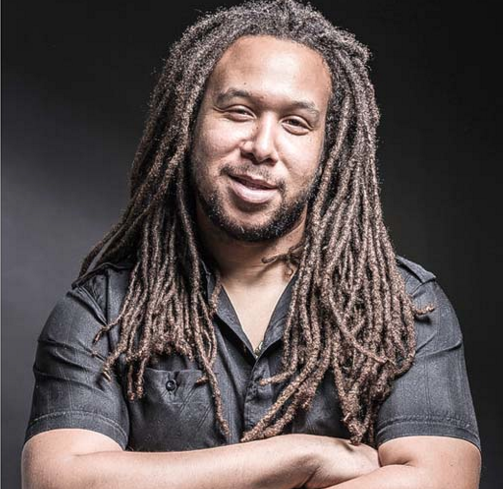 To Perform In St. Maarten, The Daily Herald reports.

Caribbean rum company Blue Water Rum is proud to present for the first time in St. Maarten, Boston based reggae artist Mighty Mystic and the Hard Roots Movement. This exclusive event will take place next Thursday, April 21, at The Red Piano and concert-goers can expect a high energy performance from Mystic to complement his signature sound HARD ROOTS which could be described as a mix of rock and reggae with influences of hip hop.

Considered one of the new leaders in the U.S. Reggae scene, reggae artist Mighty Mystic’s fresh sound and musical diversity have proved to be a magnet for music lovers in search of that next level sound that has been missing in the reggae genre. It has attracted listeners of all ages and from all walks of life. A charismatic man on a mission, Mighty Mystic has gone from being a fan of reggae music to being a contributor to the art.

Mighty Mystic came on the scene in 2006 after scoring his first international hit with the song “Riding on the Clouds.” However, it wasn’t until the release of his first album “Wake up the World” (2010) that he became a household name. “Wake up the World” boasted several standouts, such as “Revolution,” “Riding on the Clouds,” “Original Love,” and “Slipped Away” with appearances from reggae icon Shaggy and roots rocker Lutan Fyah.

Mystic continues to wake up the world with his high energy, message-driven brand of reggae music which he emphatically calls “HARD ROOTS.” It is this unique spin on classic reggae blended with Hip Hop & Rock that has catapulted him to the forefront of today’s Reggae Revival.

Mighty Mystic is also the younger brother of current Jamaican Prime Minister Andrew Holness. When asked, “Does being the brother of Prime Minister Holness have any impact on your music?”, Mystic simply says, “Andrew has a job to do and so do I. Impact or not, we both have our own mission to complete.”

With two successful albums (Wake up the World 2010, Concrete World 2014) under his belt, Mystic is gearing up for a busy 2016 following the March 11 release of his third album “The Art of Balance” which debuted as number 7 on the Billboard Reggae charts. Famous reggae magazine, Irie Magazine, recently featured Mystic on its cover, and the entire band just completed a very successful 10-day California tour. They are now coming to St. Maarten to spread their message of peace, love, struggle and perseverance.

On the subject of playing in St. Maarten for the very first time, Mighty Mystic says, “It is truly an honour to be able to perform for the people of St. Maarten and be able to come together under one roof and enjoy the true essence of what reggae music is all about, which is One Love!”

Now completely smoke-free, The Red Piano is located in the Hollywood Casino building in Pelican Key. We kick off at 7:00pm so remember to come early as space is very limited.