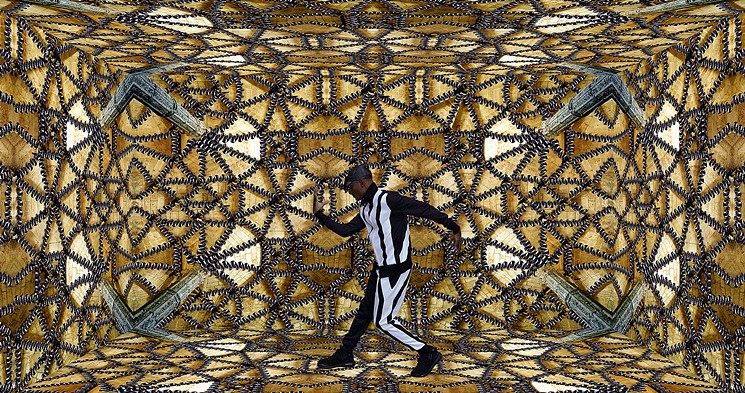 An article by Jenna Wortham for The Village Voice

The black influence on popular culture is as pervasive as ever. Take, for instance, the elaborate choreography in Justin Bieber’s “Sorry” video, which borrows from classic Jamaican dancehall moves; the brightly colored wigs worn by Kylie Jenner and the thick, cornrowed braids that her older sister Kim Kardashian likes to wear; the use of slang like “bae” and “woke”; the clap-hands emoji. While such adoptions (or more explicitly, co-options) might presume an intrinsic appreciation, their origins are rarely, if ever, acknowledged. Mainstream media often only obfuscate the issue: When the model Blac Chyna was photographed in Bantu knots — an African style worn by black women around the globe for centuries — People magazine attributed the look to the Icelandic pop phenomenon Björk. These historical rewrites, as innocuous as they might seem, are dangerous.

It could be tempting to dismiss these misapprehensions as some kind of divine boundary-crossing, a hint of a utopian future in which all cultures blur together, procreate, mutate. Or to simply call them oversights, dutifully attaching the proper attribution after the fact. But to do so would be to sell these traditions short. A black or African hairstyle — or a sound, or the Caribbean-centric steps of a dance move — is not just a creative curio: It has historical weight, the remnants of a spirit of collaboration born out of necessity, resistance, and celebration, very often to ensure our survival. These co-options are dire cultural threats, according to the feminist scholar bell hooks, as serious as the extinction of a rare species. “It endangers,” she writes in her 1992 collection of critical essays, Black Looks: Race and Representation. “The thing about envy is that it is always ready to destroy, erase, take over, and consume the desired object.”

That context helps explain the overwhelming feeling that engulfs the visitor upon arriving on the second floor of the Studio Museum in Harlem, where Rashaad Newsome’s current exhibit, “THIS IS WHAT I WANT TO SEE,” is on display until June 26. Each room contains a wall-size video projection of a young black man or woman performing a variation on vogue. The first portion of the exhibit features two floor-to-ceiling projections of trim, handsome men dancing against a stark minimalist backdrop; there’s no sound. The men projected on the wall perform quietly, their silence creating a hallowed ambiance that ensures visitors won’t take the movements as an invitation to contribute their own — this is the dancers’ space, not theirs. In a separate room, darkened and supplied with a bench so that it resembles a theater, is a third projection: A series of videos on loop show men and women dancing against computer-generated scenery so ornate it appears the dancers are in jeweled boxes or elegant halls. That room — by far my favorite — does feature some music, a slithering bassline that undulates nearly as much as the dancers. In each of the videos, the dancers shift effortlessly from duck-walks to spin-dips, forming shapes with their limbs and hand-flutters.

Watching the dancers’ careful precision, I was reminded that this is a varied dance form, an exquisite catalog and grammar of gestures much more nuanced and meticulous than casual observers might realize. Their movements feel studious, even bordering on academic. And it is a study: a study in blackness, in beauty, and in the richness of an artistic byproduct of a generation of disenfranchised black American youth.

Newsome is not a voyeur, but rather a member of the communities that intersect to form the world of ballroom dance. He has dedicated a sizable portion of his career — at least a decade — to chronicling the scene, which bloomed uptown in Harlem during the Seventies and Eighties as a gay subculture. His work honors it, preserves it, and archives it, and seeks to inform the viewer of both the origins of vogue and its thriving, continued existence. The exhibit is, in many ways, a response to a cultural history that has eroded and manipulated the meaning of vogue, through its various absorptions by artists like Madonna, who incorporated ballroom dancers into her Blond Ambition tour (and even wrote a song based on the style), shows like RuPaul’s Drag Race, and documentaries like Paris Is Burning, which offered a primer on the art of serving shade. Newsome, in an interview with Amanda Hunt, the curator of the show, addressed this intent, saying that “the practice of vogue was co-opted so soon after its creation, like so much of black culture, that I felt it was important not only to archive it, but also to abstract it.” His video works make clear that agency and preservation are the keys to survival.

It’s a relief to see black culture honored and guarded (both figuratively and literally — security guards at the Studio Museum admonished visitors who tried to capture the performance videos on their phones). The works on display were created between 2008 and 2014 but feel as if they were filmed yesterday. Black culture has gone viral, but largely without the usual trappings that accompany it: People like Kayla Newman, who invented the phrase “on fleek,” Nicholas Fraser, whose “Why You Lyin’ ” Vine was one of the most popular of 2015, and Quinta B., whose videos are among the most widely shared on Facebook, have yet to appear on Ellen or become overnight celebrities or household names. They exist, but too often, they aren’t recognized or rewarded in the same way as their creative peers.

There’s no doubt what Newsome wants to show himself, and other black people and youth, with this exhibit: that their creations are properly categorized and entered into record. They are, by all accounts, museum-worthy.