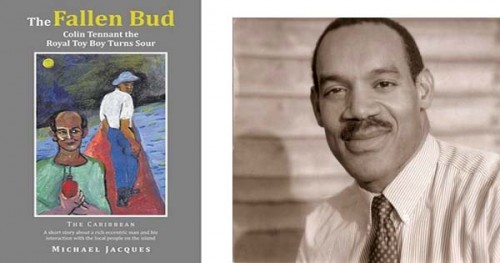 The event which was held at the West Indian country’s London mission was attended by friends, family, and well-wishers. The St Lucian-born writer read the first three chapters of his book which his publishers describe as “satirically funny and almost crazy” before taking questions from the audience.

“It was a great evening and I am grateful to everyone who came out to support the launch,”  said Jacques, a martial arts champion who teaches Tai chi, a Chinese system of slow meditative physical exercise designed for relaxation and balance of health. “The reading was well organized.I covered quite a lot in the many chapters that I read. I was happy to answer the questions that were asked after I completed my reading.”

Among the members of the audience who were invited to read extracts was the author’s brother Fred Jacques.

Jacques,60, who has lived in London for most of his life since leaving the Caribbean island of St Lucia at a portable age said he is going to use the book to promote his beautiful island. He also plans to turn his non-fiction prose into a bestseller.

“I have great plans for my book.I do intend to promote it all the way and hope it becomes one of the top books of the year.

The South Londoner said he is planning to feature tours to the popular Caribbean isle where tourists will visit the many places he featured in his memoir.”I would like people to see where I am referring to and to get a feel of what it was like back then and what it is now.Not much has changed and we must not forget what happened back then.”

The next item on the agenda for Jacques is to turn ‘The Fallen Bud’ into a movie. “Plans are now underway to turn the book into a feature film. Filming will start soon so we can bring the story to the big screen.”