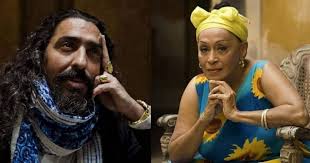 Since last December, fans have been eagerly awaiting the announcement of a European tour by Cuban singer Omara Portuondo and Spanish cantaor Diego El Cigala to celebrate her birthday.

The news was recently announced by the “Novia del Filin”—as Omara is also known—in her website, where she also disclosed that the 85 Tour together around Europe in 2016 will be a celebration of music, and “what a better way to do so than being surrounded by friends”.

The tour, which celebrates the 85 years of the Diva of Buena Vista Social Club—hence the name of the tour—is unique and although neither the date nor the places where both artists will perform have been disclosed, it is known it will be based on a repertoire that covers the highlights of the career of the ex D’Aida.

El Cigala is known for his proximity to Cuban music, which had his peak when he recorded with late maestro Bebo Valdés in 2003 the famous album Lágrimas Negras, so no one doubts the success the duo will have during the 85 Tour.

It was precisely in this year when the Cuban and the Spanish shared the stage for the first time during a concert at the famous Hollywood Bowl, a show acclaimed by the audience, which gave rise to the idea of the tour they will both undertake in 2016.

Portuondo and El Cigala have both impressive careers to the service of the most authentic musical expressions of their countries, so many people are already taking for granted the success of the tour.