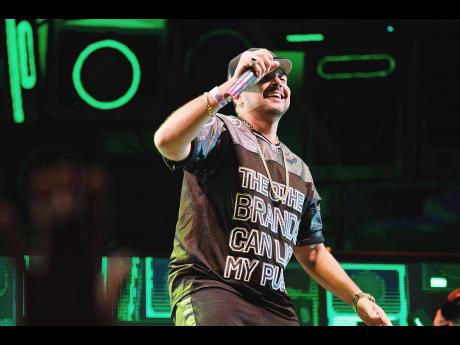 EDM festival Paradise Lost has added a strong contingent of Jamaican acts to its already popular line-up, Curtis Campbell reports for Jamaica’s Gleaner. The festival, which will bring EDM superstars like Bassnectar and Tiesto to the island in March, recently announced that Sean Paul, Busy Signal, Alric and Boyd, Arif Cooper, Electra, Jah Cure, and Kamal Bankay have all been added to the entertainment package.

Other major acts booked to grace the stage at Paradise Lost include King Jammy’s, Audian, Big Gigantic, AlunaGeorge and Titans of Sound.

As it relates to Paradise Lost’s decision to add more local acts to the line-up, Jason Newman told The Sunday Gleaner that Jamaica’s music cannot be celebrated effectively without Jamaican acts. He also gave credit to Sean Paul and Busy Signal for their work in EDM.

“Booking the second set of artistes from Jamaica is a no-brainier. We can’t do an event in Jamaica and leave out our culture. We play a big role in electronic music. Sean Paul has invaded the EDM market and has received bookings at many of the festivals, and we see that as a big deal. Busy Signal had one of the biggest songs in the world, and that was Watch Out For This, produced by Major Lazer.”

Busy Signal’s Watch Out For This saw award-winning producers Major Lazer fusing elements of dancehall music with EDM instrumentation. Coupled with Busy Signal’s melody and hardcore lyrics, the record performed reasonably well internationally and was certified platinum in France and Belgium, as well as gold in Italy.

Sean Paul dabbled with EDM in 2012, with the release of his album Tomahawk Technique. The project carried EDM and dancehall-inspired songs like She Doesn’t Mind, Body HQ, Holding On, and Touch The Sky, among others. The album went No.1 on the Japanese and Hungarian albums charts.

Sean Paul also collaborated with Major Lazer for a record called Come On To Me, which also sampled instrumentation from dancehall and EDM. That effort peaked at No.10 in Belgium.

Jah Cure is not known for his work in EDM, however, the Grammy-nominated reggae star is one of the most sought after reggae acts internationally and is perhaps enjoying one of his best years in music, receiving his first Grammy nod in 2015 for his albumThe Cure.

Veteran EDM DJs Alric and Boyd are known for their unique mixes and are largely seen as two of the most loyal local DJs in the EDM genre. Aside from King Jammy, who will be honoured at Paradise Lost, Alric and Boyd’s work in EDM is solidified in Jamaica’s history as it relates to their decision to promote the genre in Jamaica through commercial radio for several years.

According to Jason Hall, deputy director of Tourism, Cruise, Attractions and Events at the Jamaica Tourist Board, (a sponsor for the festival), “Jamaica is the entertainment Mecca of the Caribbean. The island offers diverse festive options to both locals and visitors alike. We are proud of our musical heritage. Our music producers and artistes are inventors and trendsetters, with one such innovation being dub music, the precursor to electronic dance music.”