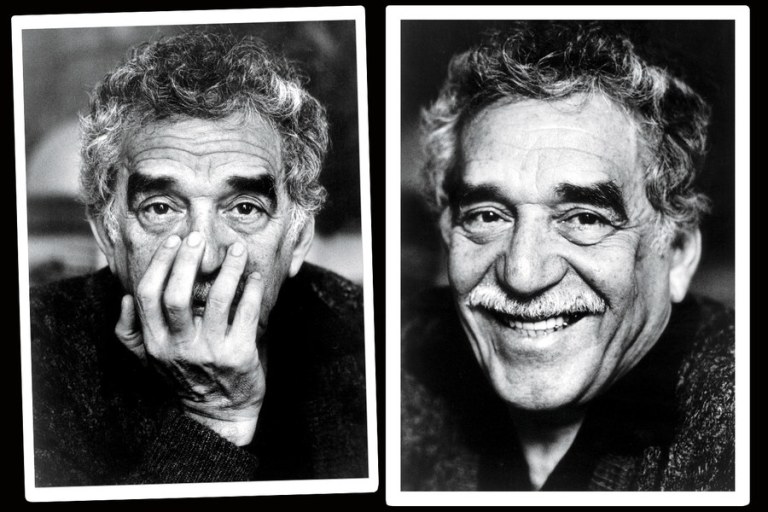 A fascinating history of the creation of One Hundred Years of Solitude by Paul Elie in Vanity Fair. Here’s an excerpt, with a link to the full article here.

Gabriel García Márquez began writing Cien Años de Soledad—One Hundred Years of Solitude—a half-century ago, finishing in late 1966. The novel came off the press in Buenos Aires on May 30, 1967, two days before Sgt. Pepper’s Lonely Hearts Club Band was released, and the response among Spanish-language readers was akin to Beatlemania: crowds, cameras, exclamation points, a sense of a new era beginning. In 1970 the book appeared in English, followed by a paperback edition with a burning sun on its cover, which became a totem of the decade. By the time García Márquez was awarded the Nobel Prize, in 1982, the novel was considered the Don Quixote of the Global South, proof of Latin-American literary prowess, and the author was “Gabo,” known all over the continent by a single name, like his Cuban friend Fidel. 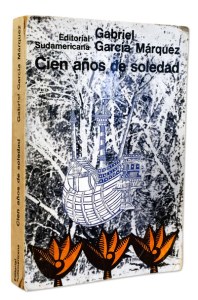 Many years later, interest in Gabo and his great novel is surging. The Harry Ransom Center, at the University of Texas, recently paid $2.2 million to acquire his archives—including a Spanish typescript of Cien Años de Soledad—and in October a gathering of his family members and academics took a fresh look at his legacy, repeatedly invoking the book as his magnum opus.

Unofficially, it’s everybody’s favorite work of world literature and the novel that, more than any other since World War II, has inspired novelists of our time—from Toni Morrison to Salman Rushdie to Junot Díaz. A scene in the movie Chinatown takes place at a Hollywood hacienda dubbed El Macondo Apartments. Bill Clinton, during his first term as president, made it known that he would like to meet Gabo when they were both on Martha’s Vineyard; they wound up swapping insights about Faulkner over dinner at Bill and Rose Styron’s place. (Carlos Fuentes, Vernon Jordan, and Harvey Weinstein were at the table.) When García Márquez died, in April 2014, Barack Obama joined Clinton in mourning him, calling him “one of my favorites from the time I was young” and mentioning his cherished, inscribed copy of One Hundred Years of Solitude. “It’s the book that redefined not just Latin-American literature but literature, period,” insists Ilan Stavans, the pre-eminent scholar of Latino culture in the U.S., who says he has read the book 30 times.

How is it that this novel could be sexy, entertaining, experimental, politically radical, and wildly popular all at once? Its success was no sure thing, and the story of how it came about is a crucial and little-known chapter in the literary history of the last half-century.