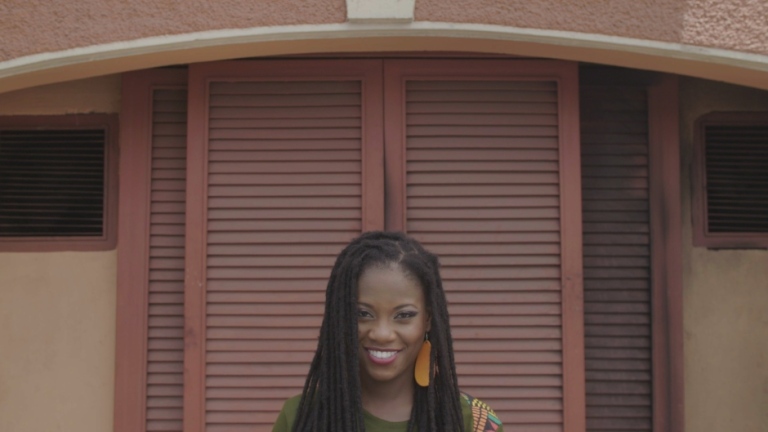 An article from the CBC. You can access the original report and a video here.

Eunide Edouarin — better known by her stage name Princess Eud — claims to be shy on camera. But when she performs on stage with her effortless swagger and gritty lyrics, it’s not hard to see why she’s considered one of the top female rappers in the Caribbean. Just watch the video above — you’ll see.

Eud was raised singing in a Baptist church in a suburb of Port-au-Prince. Inspired by the work of one of her favourite artists, Lauryn Hill, she began hanging out at local radio stations to freestyle with other musicians. She joined a few rap groups — as the only female member — before going out as a solo rap artist.

Eud is a rarity in the Haitian music scene: while most of her female contemporaries are singing, she has chosen rap as her form of creative expression. Her lyrics speak out against gender inequality in Haitian culture and against the social and political barriers to women’s rights.

When she’s not performing live in Haiti or in the US and Canada, Eud is driven by other art-based projects, including the Iyoudi Collection, a women’s fashion line inspired by the colours and styles of Haitian culture. Eud designs the clothing herself, and the line is hand-made in Port-au-Prince.

For Interrupt This Program, we followed Princess Eud backstage at Carifesta — an annual music festival celebrating Caribbean music and culture — then watched her kill it on stage in front of hundreds of people, rapping alongside fellow Haitian musician Bélo.