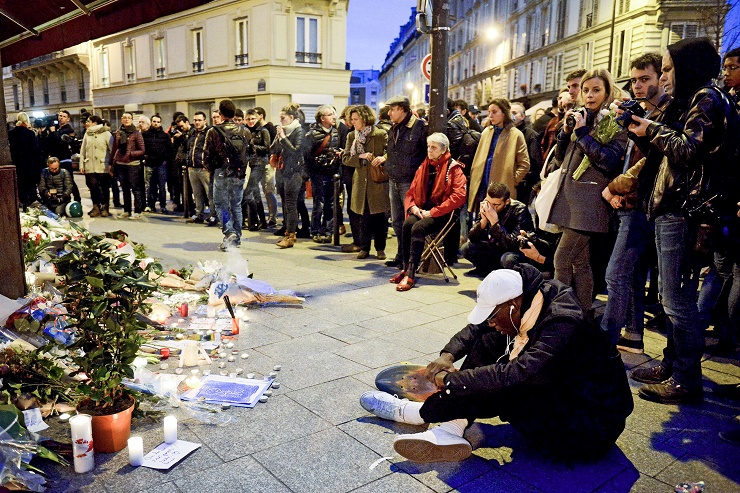 The Caribbean Community (CARICOM) has strongly condemned the terrorist attacks against innocent civilians in Paris, while individual regional leaders have also taken a similar position.

[. . .] France has declared a state of emergency following the attacks that killed at least 129 people, in what President Francois Hollande said was an “act of war” organised by the Islamic State of Iraq and the Levant (ISIL) group. France has been on high alert ever since the attacks on the Charlie Hebdo newspaper and a kosher supermarket in Paris in January killed 18 people.

The Bahamas government says it “stands with the international community in expressing its deep regrets over the loss of life from the horrific shootings in Paris.

“We condemn these barbaric acts in the strongest terms. We extend our condolences to the families of the victims,” the Perry Christie government said, adding that Nassau stands “ready to work with our Caricom allies and the international community to combat this problem”.

The Guyana government said it joined the rest of the international community in standing in solidarity with France following “the heinous acts of terrorism.

“Guyana condemns, in the strongest possible terms, these coordinated despicable acts of pure evil perpetrated on innocent citizens which resulted in the needless loss of life. Guyana sends condolences and prayerful thoughts to our friends in France and all French citizens throughout the world.

“These acts remind us that there still exists among us evil forces which use the cloak of a peace-loving religion as justification for their murderous agenda. The Government of Guyana recognises Islam as a religion of peace and that the vast majority of Muslims lead peaceful and law-abiding lives…We reject those who use Islam or any other religion as a front to attack the people of any nation.”

In a statement, Jamaica’s Prime Minister Portia Simpson Miller said that her country joined “all civilised, peace-loving peoples around the world in condemning the heartless and barbaric terrorist attacks perpetrated on the night of 13th November 2015 against the nation and people of France.

“We are heartbroken that the cowardly acts of terror appeared to target the youth of the city of Paris and have, in the process, claimed the lives of over 120 innocent men, women and children and left numerous others wounded.

“We reiterate our utter condemnation of terrorism in all its forms and manifestations and renew our commitment to fighting this scourge in co-operation with the international community and in defence of the universal values of life, liberty and peace for which Jamaica stands as a nation,” she added.

Caricom Secretary-General Irwin LaRocque, in a message of condolence, also extended the Community’s deepest sympathies to the relatives and friends of those who lost their lives and wished a speedy recovery to those who were wounded in the tragic events.

Bermuda’s Governor George Fergusson said he is “horrified at the attacks in Paris last night and express my solidarity with the people of France and the French community and French visitors here in Bermuda”.

Premier Michael Dunkley said the people of Bermuda joined with the rest of the world in “condemning this heinous terrorist attack in Paris”.

He also reached out to the French Consulate in Bermuda to offer the island’s assistance.

Regional opposition leaders were also condemning the acts of terrorism. St Lucia’s Opposition Leader Dr Gale Rigobert said she was saddened by the events in Paris adding “we, in St Lucia, are particularly touched by the event, as we share a Francophone connection with the European country.

“The people of St Lucia share a long and lasting bond with the people of France, given our rich French heritage,” Rigobert said, adding that “Friday’s terrorist attacks is further proof that States in the West are not untouched by the ideological, religious and political battles that rage on thousands of miles away in the Middle East”. [. . .]