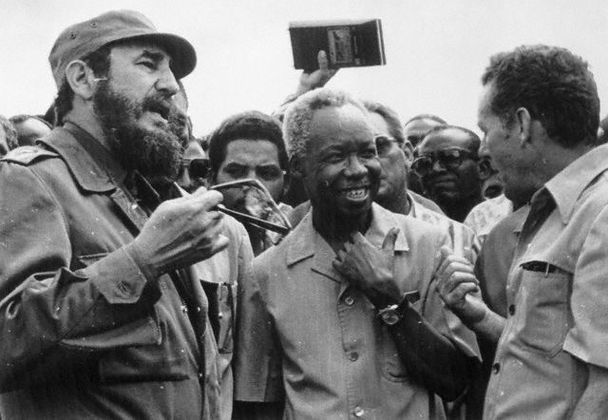 Seeking to control the political situation in its favor, the U.S. had set up a covert CIA operation to support the FLNA and UNITA with US$30 million, arms and military advisers. Apartheid South Africa supported the CIA operation by carrying out invasions, incursions and sabotages against Marxist forces within Angola.

In 1987 the MPLA, with Cuban support, finally defeated the South Africans at the village Cuito Cuanavale after a six month battle.

Dos Santos said during the commemoration that “all of the sacrifice was worth it” for Angolan self-determination.

“This simple tribute we also dedicate it to all the Cuban internationalists, who together with Angolans combatants fought to defend the sovereignty of the motherland of (then Angolan president) Neto,” said Salvador Valdes Mesa, the head of the delegation and vice president of the State Council.

Cuba has continued to assist Angola with teaching methods like “Yes, I can,” which has allowed more than a million Angolans to learn to read and write, as well as medical and exchange programs.

For the original report go to http://www.telesurtv.net/english/news/Angola-Honors-Cuba-for-Key-Support-in-Colonial-Independence-20151112-0029.html