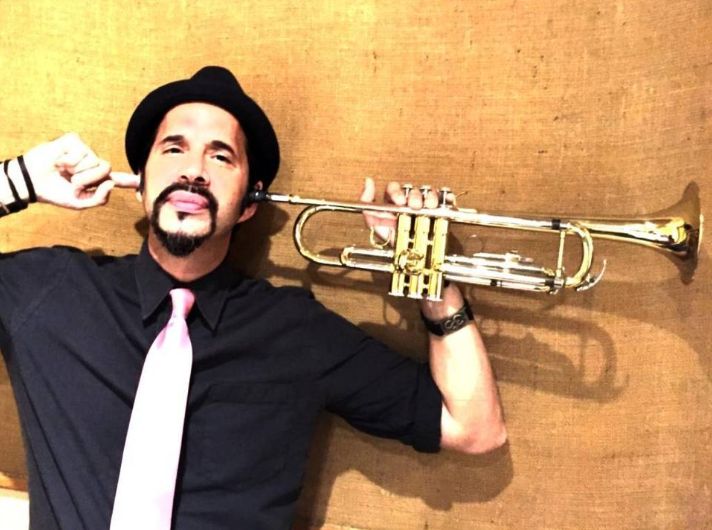 This report by Jordan Levy appeared in The Miami Herald.

Miami songwriter/singer Elsten Torres is blowing a musical alarm over the anti-immigrant stance of presidential candidate Donald Trump. Torres, an independent artist and award-winning composer of hits for stars such as David Bisbal and Luis Fonsi, wrote Trumpeta — a nickname and image for Trump as a bellowing trumpet that has become an Internet meme — after the incident this summer when the candidate threw Univision anchor Jorge Ramos out of a press conference for asking about immigration.

“I just couldn’t believe this was happening in this country,” says Torres, whose mother brought him to the U.S. from Cuba as a toddler after his father became a political prisoner. “We left Cuba for that reason, we want the right to say what we want. [Ramos] was asking a legitimate question that Trump didn’t want to answer. My father was in prison for 12 years in Cuba for speaking his mind.”

An animated video (in Spanish and English) released Monday shows Trump as a toupee-topped, bellowing trumpet, and quickly got Torres interviewed by Telemundo and La Opinion in Washington, D.C. Ten percent of profits from sales of the song will go to immigrant rights organizations.

For the original report go to http://www.miamiherald.com/entertainment/celebrities/article41831526.html#storylink=cpy