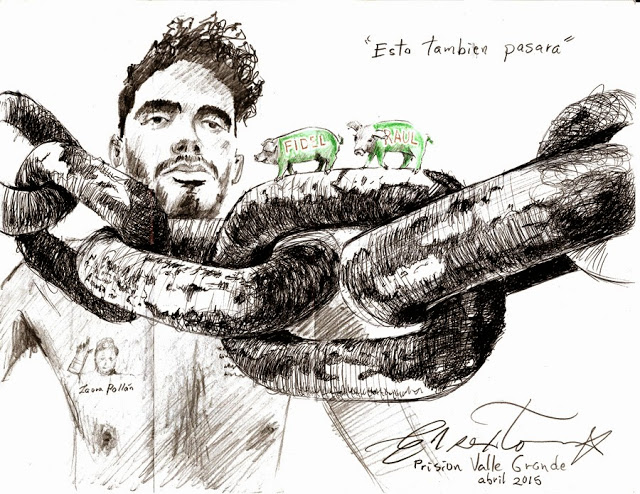 The Cuban authorities’ failure to keep to their commitment to release a graffiti artist unfairly imprisoned nearly a year ago is a painful illustration of their disregard for freedom of expression, said Amnesty International, as Caribbean News Now reports.

“Committing to release Danilo Maldonado Machado on 15 October only to keep him behind bars for no reason other than speaking his mind and criticising the government is not only cruel but sends a strong message that freedom of expression is not on the Cuban government’s radar,” said Erika Guevara-Rosas, Americas Director at Amnesty International.

“Danilo is a prisoner of conscience, deprived of his liberty as punishment for peacefully expressing his opinions. He must be released immediately and unconditionally and not be made to spend another second behind bars,” she said.
On Thursday, prison authorities told Machado’s mother that he had served his time but that they did not know when he would be set free. Machado, however, has never been brought before a judge or sentenced.

“Danilo’s story has all the elements of a science fiction novel: fist he was put behind bars under the most ludicrous excuse and then kept there arbitrarily without even being charged. The fact that Cuban authorities continue to play with Danilo and his family is just shocking,” said Guevara-Rosas.

Danilo Maldonado Machado, known as ‘El Sexto’, was arrested by agents of the political police (Seguridad del Estado) in Havana while travelling in a taxi on 25 December 2014. Officers opened the taxi’s trunk and found two pigs with “Raúl” and “Fidel” painted on their backs. He was accused of “disrespecting the leaders of the Revolution” but never brought to court. Machado intended to release the pigs at an art show on Christmas Day.

For the original report go to http://www.caribbeannewsnow.com/topstory-Cuba-fails-to-keep-promise-to-release-graffiti-artist-unfairly-held-27946.html