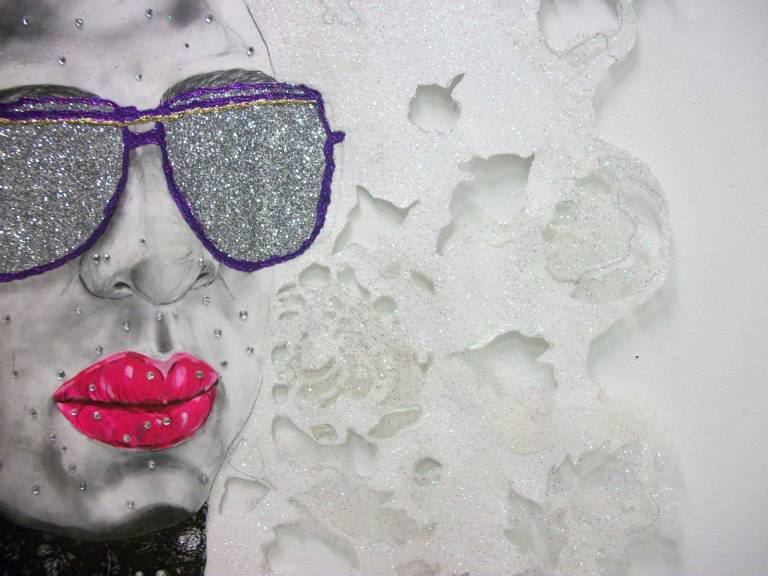 In “The Caribbean and Transvestism” (2013), Mayra Santos Febres personifies the Caribbean as a transvestite, a Siren born when Europeans declared the existence of the islands and thus began the process of dressing the Caribbean in a set of identities imposed from elsewhere. Santos Febres explains that against a world of “fixed categories, of demarcated identities, histories of liberation and nation-state foundation, we Caribbean folk, perceive our ‘oddity.’ We posture as heirs to cultures which are not our own, we negate identities we never really got to know, we think ourselves citizens and natives of countries where we have never lived” (161). This transvestite evokes an ensemble of related words that share the prefix, including translation, transformation, transgression, and Édouard Glissant’s “transversal relations.” It also invokes the transatlantic and transnational movements that so profoundly mark the Caribbean and whose connection to Euro-American hegemony render the use of “trans” terminology both problematic and appropriate. The Trans Caribbean Seminar takes the prefix “trans” to compel us to ask, in a paraphrase of K. Anthony Appiah, whether the “trans” in “transvestite” is the same as the “trans” in any of these other terms, and further, how we can combine the dislocation of “trans” with the localization of any or all of these “transes” in the Caribbean.

Building on recent work such as The Cross-Dressed Caribbean: Writing, Politics, Sexualities (Fumagalli, Ledent and Valle Alcalá, 2013), Sex and the Citizen: Interrogating the Caribbean (Smith, 2011), and Citizenship from Below: Erotic Agency and Caribbean Freedom (Sheller, 2012), this seminar explores Caribbean literature and culture through an expansive conceptualization of trans studies. Papers might explore such questions as: how do we stretch the conceptual framework offered in the theorization of the transgender by considering such things as Vodou subjectivities, female-to-female cross-dressing in migrant fiction, or female headed households? How do such concepts as créolité, mestizaje, and hybridity include or exclude the mixing or crossing of gender categories? How does the establishment and crossing of territorial borders intersect with that of identitarian categories? How is the trans Caribbean complicit with Euro-American hegemony in the Caribbean? How is crossing gender boundaries or binaries linked with crossing national, regional, or social borders in the Caribbean? How is understanding gender free from the constraints of a heteronormative patriarchal framework a liberatory practice in the Caribbean? How does storytelling create spaces for understanding fluid Caribbean identities? How do we account for the violence suffered by people in the Caribbean who challenge narrow gender identities? How do we understand the fluid gender identities in many societies in the Caribbean? In what ways might the restrictive gender identities practiced in the Caribbean themselves be colonial exports to the region?

One thought on “CfP: Trans Caribbean Seminar at ACLA”