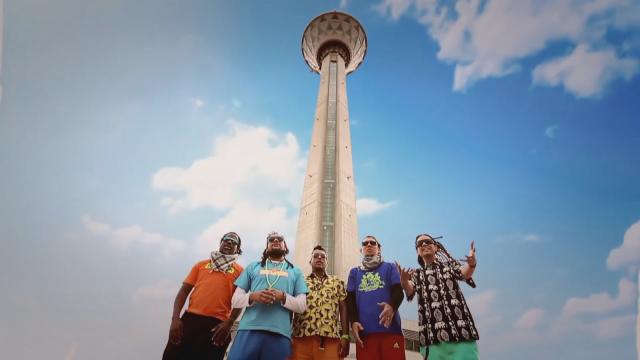 Bituaya is a band from Venezuela that blends Afro-Caribbean sounds with lyrics that reflect the life of young people in the country’s capital, cctv-america.com reports.

Straight from the heart of Caracas, this music group wants to show the world a side of Venezuela that the rest of the world doesn’t often see. The Venezuela they know and love.  Their lyrics speak of everyday struggles, politics and in many cases were inspired by former President Hugo Chavez.  The quartet aims to exchange cultural experiences.  They have performed around the globe and recently even shot a music video in Iran. It’s an attempt to encourage a dialogue of different perspectives. Bituaya’s sound is described as “electric” perhaps because they use electronic guitars. Their songs are also referred to as fusion music because they merge those electric sounds with Caribbean rhythms.Bituaya is currently touring Europe where they’re trying to show them and the world the Venezuela they cherish. For this week’s Urban Voices segment on Americas Now, we introduce you to the electrifying Bituaya.https://www.facebook.com/bituaya?fref=photo
For the original report go to http://www.cctv-america.com/2015/09/13/a-new-view-of-venezuela-through-the-music-of-bituaya#ixzz3lgHH96Xq