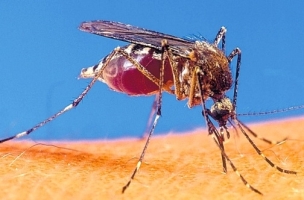 Advira Shand (co-founder, WAGS Construction, climate activist, and ambassador for Youth for Enlightenment and Welfare) writes about climate change in the Caribbean and a looming health crisis. Here are excerpts:

I still cringe when I remember the agony I encountered when I was brought to my knees by the chikungunya virus (CHIKV) in late 2014. Almost everyone within my community in South Manchester got a taste of this vicious virus. Sure enough, nearly a year after the outbreak in Jamaica, the mere mention of the term CHIKV will inspire long harrowing and oftentimes comedic tales from individuals within my community concerning their experiences with the virus.

Incidentally, Jamaica was just one of the many Caribbean states that suffered from the crippling effects of the chikungunya virus as territories such as Antigua, Trinidad and Tobago, Haiti, Puerto Rico, Grenada, and St Lucia have also suffered at the hands of this virus. Sure enough, the outbreak of this virus caused the Caribbean millions of dollars.

Although the issue of CHIKV may be deemed “old news” by many, it is incumbent on Caribbean nationals to realise that climate change is currently poised to release an onslaught of viruses as severe as CHIKV and other health issues. The Caribbean region is prone to severe and frequent weather events, such as hurricanes and storms, which are all products of climate change. These unwelcome weather events will, among many other things, continue to cause increases in waterborne and food-borne diseases, expose Caribbean nationals to the risk of losing their lives, cause serious injuries to individuals, cause interruptions in health care services, promote stomach and intestinal illnesses and mental health issues (including Post-traumatic stress disorder) among individuals affected by hurricanes and storms, and ensure reductions in the availability of potable water and fresh food.

Climate change is also the main cause of droughts within the Caribbean. In 2014, according to Robert Pickersgill, Jamaica’s minister of water, land, environment and climate change, Jamaica lost 2,190 hectares of crops valued at US$953.3 million because of a widespread drought. Like Jamaica, other Caribbean territories have suffered immensely as a result of droughts and stand to reap a plethora of health-related issues arising from droughts. [. . .]

In late 2014, amidst the ‘buzzing’ of mosquitoes intent of spreading the chikungunya virus, Jamaican health care officials and Minister of Health Dr Fenton Ferguson scampered chaotically about trying to find solutions for the outbreak of the aforementioned virus. This inability among our healthcare officials to effectively contain and address the outbreak of the chikungunya virus in a timely fashion, has inspired the question: Will Jamaica, and by extension the Caribbean, be able to effectively handle future contagious diseases and natural disasters that arise from climate change? [. . .]