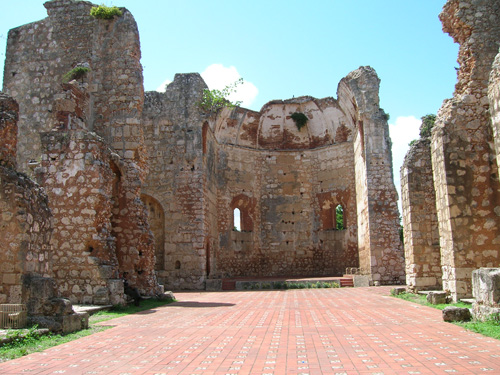 The site commonly known as Las Ruinas de San Francisco in Santo Domingo was the first monastery built in the new world by the Franciscan order. There has been much controversy over the winning project of the international proposal organized by the Ministry of Tourism for the restoration and conservation of the Ruinas de San Francisco; the winner was Spanish architect Rafael Moneo.

The Delegation of the Dominican Republic to UNESCO said that the international body has not evaluated the winning project. This study, which will take several months, will determine whether the project presented by conforms to and respects the guidelines established by UNESCO’s World Heritage Convention.

Earlier this month (July 10), the Dominican Republic’s Academy of Sciences said that the proposed intervention of the ruins of the Convent of San Francisco, damages Dominican heritage, and considered that the restoration project disrespects UNESCO’s approaches to spaces that are declared World Heritage sites.

Rafael Moneo has said that every square inch of the Colonial-era monastery’s stone or brick will be left as is. He emphasized the project isn’t about construction but [rather] rehabilitation. He said the project requires a City Council permit, and approval by the Monuments Institute (ICOMOS), which is what UNESCO had previously underlined.

As Dominican Today reports, the avant-garde design by the Spanish architect “has also stirred debate pitting those who prefer leaving the structure as is, with others who’d like a total facelift.”