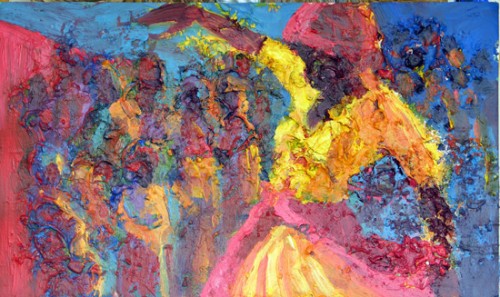 Professor Jana Braziel (brazieje@miamioh.edu) and Nicasio Urbina (nicasio.urbina@uc.edu) are issuing a “Call for Papers” for a special issue of Cincinnati Romance Review (slated for publication in spring 2016) devoted to the theme of Circum-Caribbean Poetics.

Professor Jana Braziel and Nicasio Urbina are writing to propose a special issue ofCincinnati Romance Review (slated for publication in spring 2016) devoted to the theme of Circum-Caribbean Poetics. The special issue will foreground poetry and literary prose written by Afro-Caribbean writers from the anglophone, francophone, and hispanophone countries in the Caribbean archipelago, and by Afro-Central American writers from Nicaragua, Belize, Honduras, Costa Rica, Guatemala, and Panamá.  The special issue will include scholarly and critical essays as well as poems, short stories, and literary nonfiction. The purpose of the special issue is to contextualize Circum-Caribbean and Central American poetics through the historical lenses of slavery, migration, independence, ethnicity and racial difference, polylinguistic play, and contemporary transcultural exchanges in the archipelago and circum-sea region. The special issue will open new spaces—literary, diasporic, and circum-regional—for cross-fertilization in the Americas: it will uniquely examine the multifarious literatures of the Caribbean islands and the Central American countries in comparative relationship (an exercise that is novel); and it will comparatively examine the literatures and poetics of African diasporic writers from across the Caribbean sea, from archipelagic and continental countries in the region.