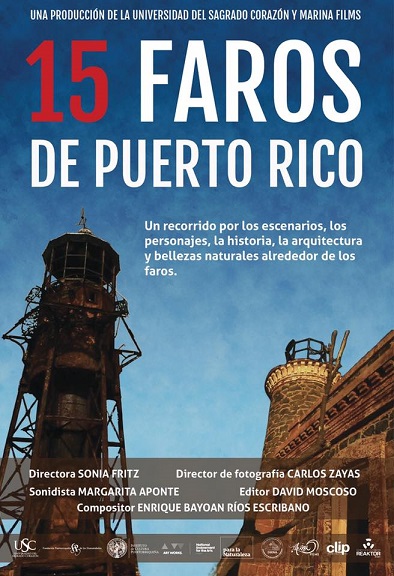 Description: The Spanish Crown planned a system of lighthouses for Puerto Rico. The first tower was built in 1846 in the Morro de San Juan Fort, and the last ones were built in Rincon and Aguadilla in 1921 when, already under US government rule, the original lighthouses were damaged beyond repair by the 1918 earthquake. The people who inhabited them, along with fishermen, biologists, historians and architects, tell us stories about these constructions.

These 15 lighthouses inspire us to imagine a past in which their light was a symbol of hope in the dangerous seas around the island, but they also allow us to look at our present of technological innovations, admire their structures and delight in the natural beauty surrounding them