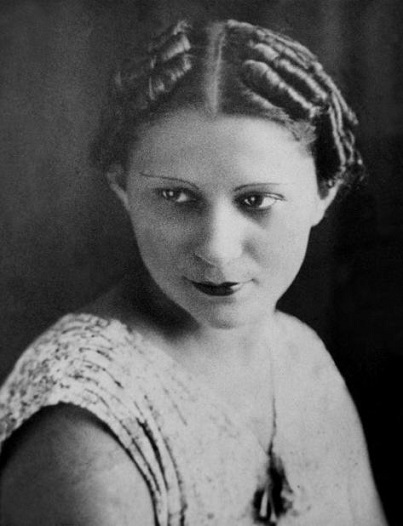 Historian Rafael Rojas reviews Cartas a Consuelo, letters by Puerto Rican poet Julia de Burgos to her sister, compiled, with a critical introduction, by Lena Burgos-Lafuente. Here are excerpts with a link to the original, full review in Spanish. [Many thanks to Hugo M. Avilés for bringing this item to our attention.]

For some time I have been listening and reading articles on the importance of Havana for Puerto Rican poet Julia de Burgos (1914-1953). We knew that the city was the scene of the romance and break-up between her and the Dominican anti-Trujillo leader and doctor, founder of the Dominican Revolutionary Party (PRD), Juan Isidro Jimenes Grullón, and we had read her sonnet to José Martí and the Cuban resonances of her third collection of poems Poema en veinte surcos (1938) as well as Canción de la verdad sencilla (1939) [. . .] and El mar y tú  (1954) which, although it was written during her stay in Cuba, was published posthumously by her sister Consuelo in New York.

But it was not until reading the letters that Julia de Burgos sent to Consuelo, which were recently published in San Juan by Eugenio Ballou through Folium/Prosas Profanas Publishers, with a clever prologue by Lena Burgos-Lafuente, that we have truly discovered that connection. The correspondence between the Puerto Rican sisters, immersed in the intellectual and political networks of the Caribbean left in the mid-twentieth century, is a document source that throws a breath of fresh air on the files of a somewhat reticent and controlled cultural history of the Communisms, nationalisms and socialisms of the Caribbean and its diaspora [. . .].

[. . .] The moment of greatest flow of correspondence is the poet’s Havana period. [. . .] In Havana, Julia de Burgos feels like she’s returned to her habitat. There is a pastorale of the Hispanic in the first letters to Consuelo from the island, which coexists with no problem with the nationalist discourse or Vasconcelian references to an “Indo-Hispanic” America. But there is also a description of Havana as the “Little Paris” of the Caribbean—”without Germans… not yet”—with its “outdoor cafes, very wide sidewalks, and orchestras of women, especially mulattas.” No sign of her depression in these letters: her life in Havana, her trips to Trinidad—where wrote the poem “Presencia de amor en la isla” [Presence of love on the island]—to Caibarien, Santiago de Cuba, Holguin, Santa Clara … and the resolution with which she enters the University of Havana [. . .].

But her inclusion in the intellectual and political elites of the island, while strongly linked to the Caribbean Communist network, was also open to other political currents such as a non-Communist revolutionary nationalism, in which her partner Jimenes Grullón and Juan Bosch (another leading anti-Trujillo exile in Cuba) were involved. Her participation in these networks explain, to a certain extent, Julia de Burgos’ statement that “Raúl Roa is the most prominent critic and writer of Cuba, even more so than Marinello and Mañach.”

As Lena Burgos-Lafuente notes in the prologue, this correspondence appears in the midst of a biographical and historiographical gap about Caribbean leftist movements of mid-twentieth century, especially in Puerto Rican. [. . .] Cartas a Consuelo (2014) still leaves some “unknowns,” such as the real reasons for her break-up with Jimenes Grullón.

The truth is that Cartas a Consuelo (2014) provides as much material for biography, history and criticism, as for fiction. In the absence of definitive studies in any of those fields about Julia de Burgos, Juan Bosch, or even Jimenes Grullón, this book will revitalize the files and remind us, once again, of the importance of history and biography for convincing information in literary criticism. I not think we will ever come to understand the multiplicity of meanings of the poetry of Julia de Burgos without her political views or without the other writings that accompany a portrait sent to Carteles magazine or a press release in Bohemia, where they announce one of her lectures in Havana. Literature is also literary life, when it is present, and silence, solitude, and anonymous death, when all is lost. [. . .]

Rafael Rojas is a Cuban historian and essayist based in Mexico. His books include works on the intellectual and political history of Mexico, Cuba, and Latin America, such as José Martí: la invención de Cuba (2000), and Cuba Mexicana: Historia de una anexión imposible (2001), among others.