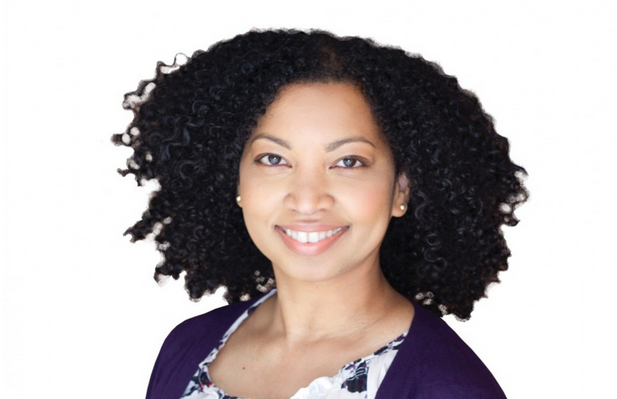 She builds a fairy tale about a brave girl and her adventures among Caribbean creatures, Christina Barron reports in this interview for the Washington Post.

Tracey Baptiste grew up on the island of Trinidad in the Caribbean. She loved stories, both those written in books and folk tales that were only spoken. Those island stories often contained jumbies: scary, spiritlike creatures that took various forms. Baptiste, who now lives in New Jersey, talked with KidsPost editor Christina Barron about how she was inspired by those stories to write her own Caribbean folk tale, “The Jumbies,” partly as a gift to her daughter, 12, and son, 9.

You have said you loved fairy tales as a child. Which was your favorite?

I probably liked Snow White and Red Riding Hood the best. I think everyone loves Cinderella, too. I remember Snow White — the idea of girls being brought back to life. It was kind of creepy. . . . I used to listen to these jumbie stories at the same time, and there seemed to be a lot of similarity to it.

You decided to be a writer at a young age. What kinds of books did you think you would write?

I really thought I was going to write fairy tales. I had this huge copy of Grimm’s Fairytales. . . . I thought for sure that’s what I was going to do. They would be in this giant book with these beautiful pictures.

Is “The Jumbies” based on a Haitian folk tale?

I was trying to figure out how to write the jumbies into a story. I came across “Best-Loved Folktales of the World” . . . I dove in and started looking for a story from Trinidad, and there were none. But I found some from Haiti and Jamaica. . . . I liked the Haitian one because it was a Cinderella story. It was a nice framework to build upon.

Were you like main character Corinne La Mer as a child?

I think she is like who I would like to be. I was definitely not as adventurous as Corinne. . . . If I had a problem, I would go find an adult to solve it. I liked the idea of the main character saving herself.

There has been a lot of conversation recently about needing more books with characters who are of different cultures and races. Why is that important?

I wrote this book partially for myself and also partially for my kids. My son said, “Can you write a book that has me in it?” My daughter didn’t really have a book with a girl like her who was adventuresome. All of the creepy stories had white characters.

Are more jumbies stories on the way?

There are. I have the draft of a sequel. It’s put aside at the moment while I work on something else.

Which jumbie were you most afraid of?

Definitely the douens. Because they’re little and they look cute, but they’re super vicious. They don’t have faces. And they will eat you.

It’s very typical for kids to not respond to their names [when called at night]. It could be a douen. I still have friends who say, “I will go out and see if anybody is calling me before I respond.” I think douens are the ones most people are afraid of. I don’t think it’s just me.