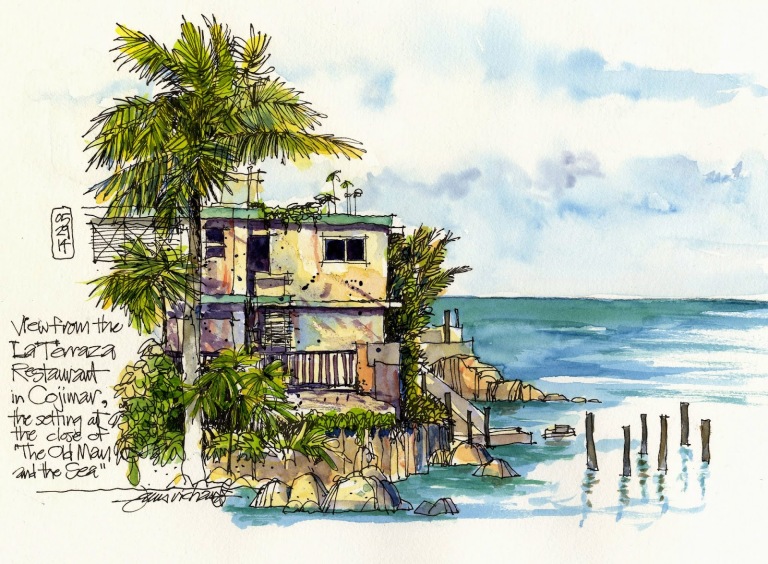 U.S. painter and designer James Richards will present his collection “La Cuba de Hemingway: en acuarelas” [Hemingway’s Cuba through Watercolors] a view of the places on the island that inspired the novelist to write some of his best works. The exhibition will take place at Finca Vigía, the house where Ernest Hemingway (1899-1961) lived in Cuba from 1940 until his death (now a museum), where he wrote The Old Man and the Sea, among other works, which led him to win the Nobel Prize for Literature in 1954.

The exhibition precedes the Ernest Hemingway Colloquium, which will be held from June 18 to 21, 2015, in which a greater presence of U.S. scholars is expected, as a result of the thaw in relations between both countries.

The artist says, “These watercolors offer a different and genuine view of today’s Cuba, where past and present intertwine with many environments, largely unchanged, which fed into Hemingway’s imagination and some of his best literary works.”

Richards is associate professor of design at the School of Architecture at the University of Texas in Arlington. He is also a member of the American Society of Landscape Architects, and was awarded the Bradford Williams Medal (of the Society) in 2014, for his creativity and artistic contributions.