Also available for public viewing: an interview with Homar conducted by the Centro Oral History staff in 1983 as well as other documents from our Archives.

The exhibit runs from May 14 to September 30, 2015, and begins with the roundtable discussionLorenzo Homar and the Puerto Rican Diaspora/Lorenzo Homar y la Diáspora puertorriqueña: 1928–1950. 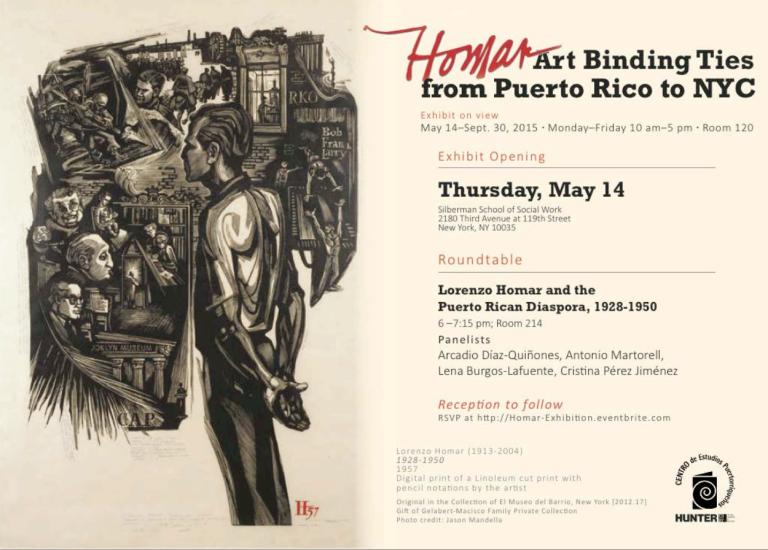 Please join us! The event is free and open to the public. If you’re planning to attend, RSVP HERE

Participants include Arcadio Díaz-Quiñones, emeritus professor at Princeton University, and Antonio Martorell, artist and Homar pupil, as well as Lena Burgos–Lafuente, professor of Hispanic Languages and Literature at SUNY Stony Brook, and Cristina Pérez Jiménez, a graduate student of Latin American and Iberian Cultures at Columbia University. They will discuss the social, political and cultural evolution that influenced Homar with the following presentations:

Arcadio Díaz-Quiñones Introduction. Lorenzo Homar: What Happens When We Put Diaspora and the Left at the Center?

One thought on “Homar: Art Binding Ties from Puerto Rico to NYC”