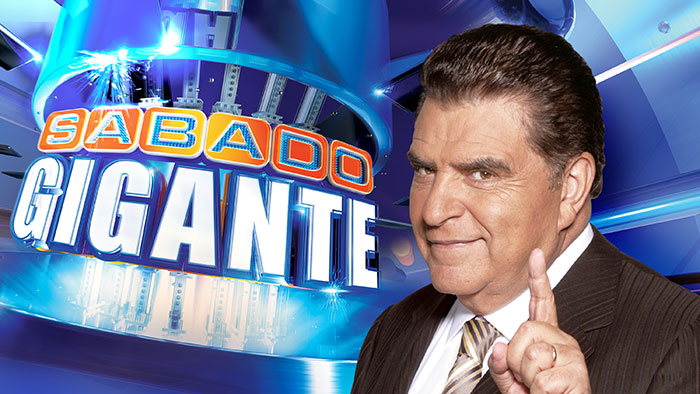 In news as big as the show itself, the longest running television variety show Sábado Gigante is coming to an end, its host television network Univision announced Friday.

Like its name, the show has been a larger-than-life staple of many Latino families’ television diet and has been around about as long as President Barack Obama has been alive, 53 years.

Univision said the show would end Sept. 19, but its host and creator Don Francisco, whose real name is Mario Kreutzberger, will remain at the network hosting entertainment specials and campaigns.

First launched in Chile in 1962, the show remains No. 1 on Saturday nights with Latinos, Univision said. The network began producing the show in 1986 when Don Franisco moved to Miami, the Miami Herald reported.

The quirky show with a frenetic pace features amateur talent, quirky games, singalongs to jingles of products appearing in the show, comedy and pageants.

“From the start we made sure to ask, ‘What does the audience want?’ and we have worked tirelessly for precisely that audience, with the utmost dedication, humility and deep respect,” Don Francisco said in a statement issued by Univision.

“When we began in the United States in 1986, we told them that we were ‘separated by distance and united by the same language.’ Today I can say with great pride and satisfaction that that distance turned into closeness and affection,” he said.

For the original report go to http://www.nbcnews.com/news/latino/dios-mio-sabado-gigante-coming-end-n343581

One thought on “Dios Mío! Sábado Gigante Coming to an End”