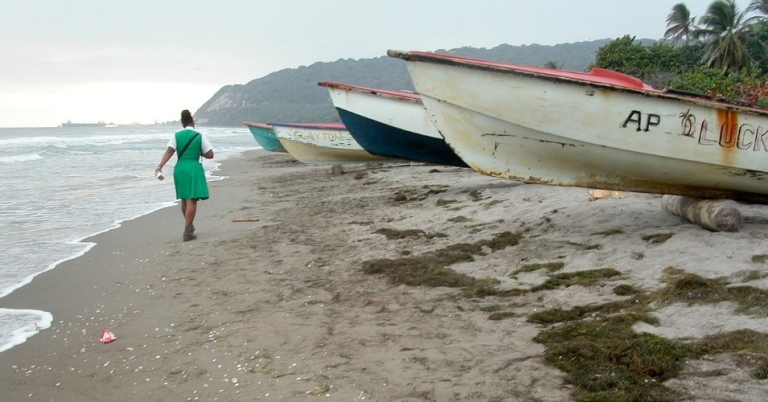 Common Dreams writes that poverty- and debt- stricken Jamaica faces austerity plans more severe even than Greece’s, according to the Center for Economic and Policy Research. According to the report, Jamaica still owes the World Bank and Inter-American Development Bank over $650 million through 2018. [Many thanks to Michael O’Neal for bringing this item to our attention.]

Thanks to policies imposed by the International Monetary Fund and embraced by the domestic government, the Caribbean nation of Jamaica—saddled with poverty and international debt—has the most severe austerity budget on the planet, a new report from the U.S.-based Center for Economic and Policy Research reveals.

Entitled Partners in Austerity: Jamaica, the United States and the International Monetary Fund, the paper was released just days before U.S. President Barack Obama is slated to make a much-vaunted visit to the country. “When President Obama travels to Jamaica this week, he will be going as someone partly responsible for the high unemployment and poverty that the country is suffering through,” said report author Jake Johnston. “This paper shows that through its leadership role in the IMF, the U.S. is imposing unnecessary pain on Jamaica through harsh austerity and a debt trap.”

In year three of its latest IMF-backed economic program, Jamaica is running an extremely high primary surplus, at 7.5 percent of GDP, the report notes. The soaring primary surplus—which measures how much the government takes in minus how much it spends, excluding interest payments—indicates that there is a huge gap between public revenue and public spending.

The paper notes that Jamaica’s primary surplus is enormous when compared to international standards. “[E]ven Greece, which is facing a tense standoff with the IMF and European authorities over its debt, is only expected to run a primary surplus of 3.0 percent of GDP this year and 4.5 percent for years thereafter—and this is widely considered politically unsustainable,” the report states.

A large chunk of these public funds are going towards servicing Jamaica’s colossal debt. The country’s debt-to-GDP ratio stands at nearly 140 percent, and it has some of the highest interest payments in the world at 8 percent of GDP last year, the report notes.

These costly payments show no sign of letting up. “Even after the signing of the new IMF agreement, Jamaica paid $138 million more to the IMF than it received last year,” the report states. “Jamaica still owes the World Bank and Inter-American Development Bank over $650 million through 2018.”

This burden follows at least two decades of declining living standards. Poverty in the country is double the levels in 2007, and unemployment is at 14.2 percent—significantly higher than the peak of the global recession.

As Nick Dearden pointed out in the Guardian in 2013, “Over 40 years, Jamaica has been ‘rescued’ on countless occasions” from structural adjustment programs in the 1980s to international loans and austerity. In a national economy weakened by global plunder and the gruesome history of slavery, the impact has been devastating, spreading hunger and poverty and cutting access to vital public programs, from education to health care.

According to Johnston, what is needed is debt relief—not the cycle of loans and austerity that is devastating ordinary Jamaicans. And despite push-back from Jamaican civil society, including unions, Johnston told Common Dreams, “What is happening now is the Jamaican government itself has become supportive of the IMF program. You are not just having the IMF enforcing its policies on the government, but the government is defending them.”

[Photo: Gerry Manacsa / Wikimedia/cc—A schoolchild walks past a row of fishing boats on the beach near Alligator Pond, Jamaica in March, 2004.]

One thought on “Jamaicans Face Harshest Austerity Policies in World”