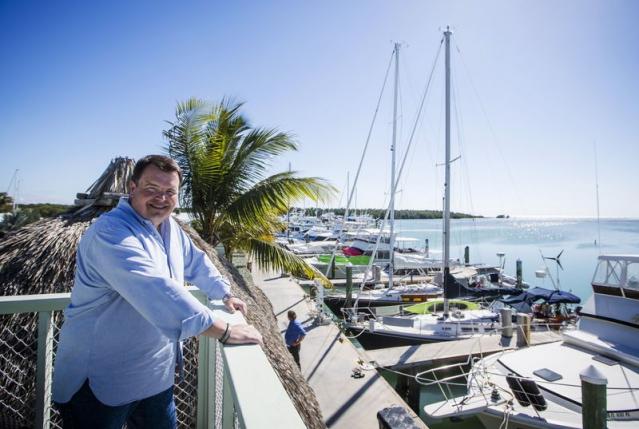 David Adams (Reuters) writes about catamaran builder Brian Hall, who has plans to be among the first to revive the once-popular ferries traveling between Florida and Cuba in the 1950s. He’s planning to call it CubaKat (an offshoot of Fort Lauderdale-based catamaran builder, KonaCat). He is not alone. At least half a dozen Florida companies are seriously considering ferry ventures, with plans to seek licenses from the U.S. Treasury Department, says Adams.

Boosted by President Barack Obama’s policy of seeking to normalize relations with the Communist-ruled island after decades of U.S. isolation, Hall hopes to offer a high-speed catamaran service between the Florida Keys and Havana, perhaps as soon as this year. “My partners and I are ready to start operating as soon as we get the go-ahead,” said Hall, 49, president of CubaKat, an offshoot of Fort Lauderdale-based catamaran builder, KonaCat.

[. . .] While charter airlines already run scheduled services to the island, no licenses for ferry service to Cuba have been issued, according to the Treasury Department’s Office of Foreign Assets Control (OFAC), which enforces sanctions.

U.S. officials have not commented on the status of requests for ferry licenses. Granma, Cuba’s official Communist Party newspaper, published an article on Feb. 11 by two Cuban foreign ministry officials saying Obama could use his executive authority to permit ferry services between the two countries.

One company looking at a ferry service is Miami-based United Americas Shipping Services. It is part of a major shipping group with passengers and cargo operations, including Baja Ferries on Mexico’s west coast, and Unishipping, a privately-owned, Paris-based company.

[. . .] Hall is banking on a big increase in travel to Cuba under the policy opening. Last year some 650,000 people visited Cuba from the United States, a figure some experts predict will race past 1 million in the next few years. He plans for CubaKat to leave from a private marina in Marathon key, about 135 miles (217 km) from Havana, offering a high-speed $338 round-trip ferry service with a capacity for about 190 people, as well as some vehicles.

The ferry routes could compete with existing charter flights which cost $460 round-trip and have high fees for excess baggage. [. . .]

One thought on “Florida companies push U.S. to license ferry services to Cuba”