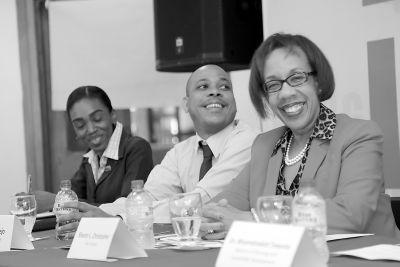 The media launch of the NGC Bocas Lit Fest 2015, to be held next month, took place at Nalis, Port-of-Spain, on Wednesday, Trinidad’s Guardian reports.

This is the festival’s fifth year and it brings together readers and writers from T&T, the Caribbean and the wider world for five days of reading, performances, workshops, discussions and film screenings.

She said there will be a month-long storytelling caravan around the country on Saturdays throughout next month, with readings, creative writing workshops and performances by child authors, alongside the main five-day festival.

The NGC Bocas Lit Fest takes place at the National Library and the adjoining Old Fire Station in downtown Port-of-Spain.

For the original report go to http://www.guardian.co.tt/lifestyle/2015-03-20/ngc-bocas-lit-fest-hosts-media-launch