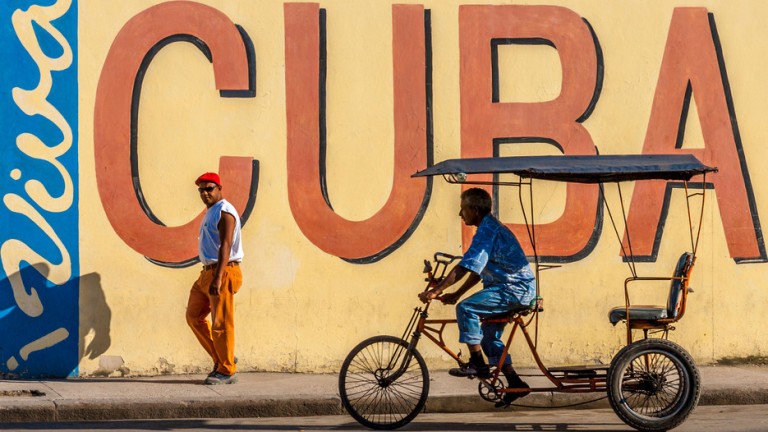 This article by Cynthia Drescher appeared in Condé Nast Traveler.

This week saw the first nonstop flight from New York to Havana since President Obama’s January announcement loosing restrictions on charters, which is only the beginning of relaxed relations between the two countries.

We named Cuba one of Condé Nast Traveler’s top 15 places to go in 2015, and now that airlines and tour organizations have finally wrapped their heads around the new regulations (or, rather, lack thereof), it’s clearer than ever that now is the time to travel to Cuba. But how to get there?

Full diplomatic relations between the U.S. and Cuba will resume on April 10, and the six-story building off Havana’s Malecón esplanade that was once the U.S. embassy (and is now the U.S. Interests Section) is primed to reclaim its status after 54 years. Tourism infrastructure catering to U.S. travelers is next, but flights from the U.S. to Cuba are hardly new.

Bloomberg Business reports that, every month, “hundreds of people from the 12 categories of travelers cleared for trips to Cuba fly to the island. In January, about 250 flights took off from the U.S. to Cuba and 193 Cuba-bound planes flew last month, according to industry-data tracker MasFlight.”

Currently all Cuba-bound flights originating in the United States are charter flight operations, their seats solely booked through tour companies. Flights which originate elsewhere, such as in Canada, Mexico, or the Caribbean, may be booked directly with the airline. No matter how a U.S. citizen organizes air travel to Cuba, however, they still must have a justifiable rationale for the visit.

So, how does one go about fitting into one of the 12 categories? The White House’s official blog announced that U.S. citizens who want to travel to Cuba will still need to fall under the umbrella of “Purposeful Travel,” so tanning on the beaches of Varadero or drinking a Cuba Libre in the lobby of the Hotel Nacional are not yet valid reasons to book that ticket. The goal as stated by the White House is, after all, to “increase people-to-people contact; support civil society in Cuba; enhance the free flow of information to, from, and among the Cuban people; and help promote their independence from Cuban authorities.”

The 12 categories of approved U.S. traveler to Cuba are:

While the relaxed regulations mean travelers may simply decide for themselves if they qualify for one of these categories, they should be prepared to provide proof if and when requested. For example, a U.S. traveler decides to book a Cuba trip, but must have a rationalization for the visit, such as being a musician intent on hearing Cuban music in order to incorporate the style into one’s own compositions, or, as a chef “researching” regional cuisines of the island nation.

Brian Kelly, founder of ThePointsGuy.com, was one of the first American tourists to arrive in Cuba after the relaxation of relations on January 16. He decided to travel under the “journalistic activity” provision, as he would be writing about the trip. “I booked [the flight] at, like, at 4 p.m. and arrived in Havana at 12:30 a.m., 30 minutes after the new rules were in place, so there was still some confusion,” said Kelly. “Procuring my visa took literally a $20 bill and a smile from a Cayman Airways ticket agent; [Cuban immigration] didn’t even ask for the reason for my visit when going through. They saw the tourist visa and asked if i wanted a stamp and I was in.” He even Instagrammed the customs form.

If, like Kelly, you’re anxious to get down to Cuba as soon as possible, check out the many licensed Cuba tours and cultural programs we recently highlighted.

For the original report go to http://www.cntraveler.com/stories/2015-03-20/how-to-fly-to-cuba-right-now