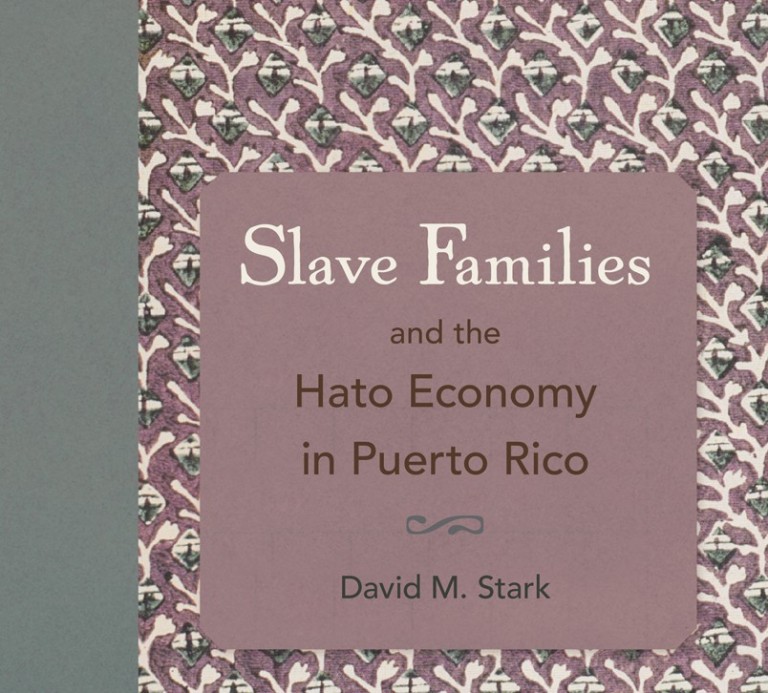 David M. Stark has recently published his new book, Slave Families and the Hato Economy in Puerto Rico (University Press of Florida, 2015). Puerto Rican historian Dr. Fernando Pico says that the author “deftly uses the available parish registers to document the stages of the coming of African men and women to Puerto Rico in the eighteenth century and reveals patterns of family formation and bonds of solidarity among the African slaves and with the rest of society.”

While much scholarship focuses on sugar and tobacco production, Stark examines the hato economy to paint a fuller portrait of slavery across the Spanish Caribbean. He uses extensive Catholic parish records to reconstruct slave families and examine incidences of marriage, as well as birth and death rates. The result are never-before-analyzed details on how many enslaved Africans came to Puerto Rico, where they came from, and how their populations grew through natural increase.

[Many thanks to Teo Freytes for bringing this item to our attention.]