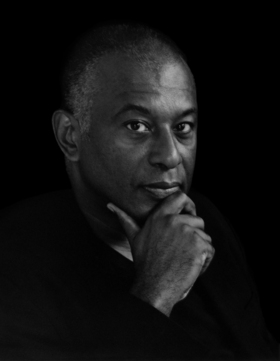 Caryl Phillips, prize-winning British Caribbean novelist and nonfiction writer, will read from and discuss his new novel, The Lost Child, a novel of orphans, outcasts, racial identity, and the legacy of the British Empire on Tuesday, March 10, 2015 at 8:00 p.m. in the Recital Hall, Performing Arts Center, on the University at Albany’s uptown campus, 1400 Washington Avenue, Albany. Earlier that same day at 4:15 p.m. the author will present an informal seminar in the Standish Room, Science Library, on the uptown campus. The events are sponsored by the New York State Writers Institute, and are free and open to the public.

Two-time winner of the Commonwealth Writers’ Prize of the British Commonwealth of Nations, Caryl Phillips was born in St. Kitts, West Indies, and raised in England. Honored for his work on both sides of the Atlantic, Phillips is frequently placed “in a league with Toni Morrison and V. S. Naipaul” (Booklist). His fiction and nonfiction typically explore the legacy of slavery within the geographic region described by the transatlantic “Triangular Trade.”

His new novel, The Lost Child (2015), intertwines the life of Heathcliff, the dark-skinned orphan of Emily Brontë’s classic Victorian novel, Wuthering Heights, with the modern tale of a young woman struggling to raise her interracial sons in the wild moors of northern England after she is cast out by her family for marrying a Caribbean man.

In a starred review, Kirkus Reviews called the book, “Gorgeously crafted and emotionally shattering.” Literary critic Pico Iyer said, “With uncanny intimacy, eloquence, and compassion, Caryl Phillips stitches together past and present, the world of classic English literature and of hardscrabble, contemporary English life…. The simple, startling result is that, after The Lost Child, English literature looks richer, more mysterious and more human.” Novelist James Lasdun said, “Caryl Phillips has found a fascinating way of writing about the elusive parts of human experience…. he creates a highly original narrative that is both startling and strangely moving.”

Phillips’s nine previous novels include In the Falling Snow (2009), Dancing in the Dark (2005), and two winners of the Commonwealth Writers’ Prize: A Distant Shore (2003), and Crossing the River (1993). He is also the author of several works of nonfiction, including a 2011 essay collection about race and English identity, Colour Me English. The reviewer for the London Independent called it, “a polymorphous delight that always retains at its core the notion of identity: how it is constructed, how it is thrust upon us, how we can change it. It is about our sense of self, how we fit within society-and how both society and individuals must adapt to each other in order for both to thrive.”

Author of assorted theatre plays and radio plays, Phillips also wrote the screenplay of the 2001 Merchant Ivory film,The Mystic Masseur, based on the novel by V. S. Naipaul.

Winner of a Guggenheim Fellowship and a Lannan Literary Award, Phillips is a fellow of the Royal Society of Literature. Currently Professor of English at Yale University, he has taught at universities in Ghana, Sweden, Singapore, Barbados, India, and the United States, and is an Honorary Fellow of Queen’s College, Oxford. He writes regularly for The Guardian and The New Republic.

For additional information, contact the Writers Institute at 518-442-5620 or online at http://www.albany.edu/writers-inst.